Directed by Tim Robbins
An important film that exposes the cruelty of the death penalty, advocates the alternate path of compassion and forgiveness, and shows that hate is the worst prison of all.

Sister Helen Prejean (Susan Sarandon) is a Catholic nun who exemplifies the compassion of Jesus in her work with death row prisoners. While teaching in a Louisiana ghetto, she begins corresponding with Matthew Poncelet (Sean Penn), who has been sentenced to death for the brutal murders of two teenage lovers. It takes all of Sister Helen's patience to stomach this young man's anger, racial hatred, and callous disregard of the suffering he has brought into the lives of others. At the same time, she is shocked by the grim realities of prison life and the extent of Pocelet's isolation and loneliness.

When all his legal appeals fail, Sister Helen agrees to be his spiritual advisor during the remaining days of his life. Meeting the parents of the slain teenagers in court, she eventually visits them and listens to their accounts of grief, rage, and loss.

During her vigil with Poncelet during his last hours on earth, Sister Jean is taken aback by his torment and the chilly aloofness of prison officials who won't allow him to hug his mother or listen to music. She also is forced to listen to arguments on the moral rightness of capital punishment from a Catholic prison chaplain and several guards.

Meanwhile, Sister Helen has a salutary effect upon Matthew, helping him to take responsibility for his acts and to seek forgiveness. In the anguished minutes before this "dead man" walks to the execution chamber, she assures him that "Christ is here." In the powerful scene when he is killed by lethal injection, she never wavers in her role as the emissary of God's love.

Dead Man Walking presents a rounded and riveting look at the life and work of this extraordinary Catholic nun. Her experience of working with a death row inmate changed the direction of her vocation. Director Tim Robbins has taken the material from her book and reshaped it into one of the most inspiring and positive portraits of Christian ministry ever put on film. Susan Sarandon justifiably won an Academy Award for her luminous portrayal of this nun,.

This important and unforgettable film exposes the cruelty of death by lethal injection and offers instead an alternate path based on compassion and forgiveness. It also shows that hate is the worst prison of all. 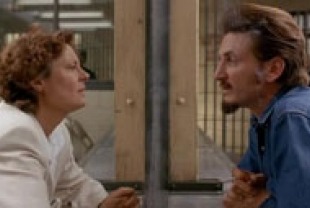 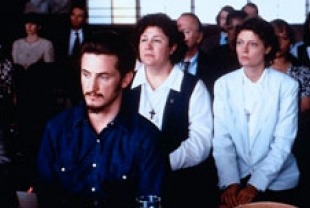 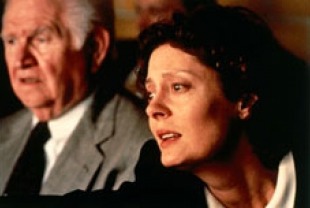 R - for a depiction of rape and murder