Directed by Fred Schepisi
A sterling drama about four Englishmen who make a pilgrimage with the ashes of their departed buddy.

When Jack (Michael Caine), a charismatic butcher, dies, four men gather at his favorite London pub before taking off together for the seaside where, per his prior instructions, they will scatter his ashes in the ocean. His closest friend is Lucky (Bob Hoskins), who served with him in World War II and once had an affair with Amy (Helen Mirren), Jack's wife. She has chosen not to join the men. Instead, she will go see their mentally handicapped daughter, June (Laura Morell), who was institutionalized at a very early age and was never visited by Jack.

Also at the pub are Vince (Ray Winstone), Jack's middle-aged son who broke his father's heart by not taking over the butcher shop. The two other men are Lenny (David Hemmings), a former boxer who's still a scrapper, and Vic (Tom Courtenay), a stoic undertaker who's forced to mediate some of the verbal tiffs between Lenny and Vince.

Anne Brown Lindsay has written: "Meetings and partings, handclasps and grieving tears — these are the lot of friendship on earth." That nicely sums up the essence of writer and director Fred Schepisi's (Six Degrees of Separation) fine screen adaptation of the Booker Prize-winning novel by Graham Swift. The journey of these men toward the frayed resort of Margate on England's southeastern coast takes a few detours to the Naval Monument at Chatham, the Canterbury Cathedral, and a farm where Vince reveals a startling secret about Jack's past.

It's fascinating to watch these World War II veterans struggle with their emotions as they retread the past, share stories, and try to express their grief and regrets over lost dreams and squandered possibilities. Through it all, their affection — let's call it what it really is and that's love — for Jack shines through. 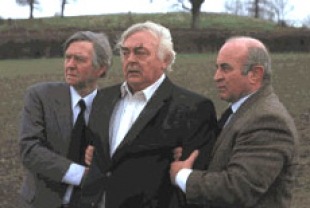 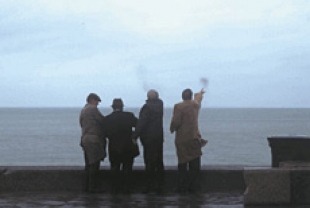