The Dangerous Lives of Altar Boys

Directed by Peter Care
A tour de force drama about the astonishingly pivotal role of imagination in the soulful development of two rowdy teenagers.

Christianity is a religion that makes enormous demands on the human capacity for faith in the unseen and the non-rational. It asks believers to acknowledge their limitations in the face of the unknown and to surrender to the graceful ministrations of a loving God. To adhere to this worldview is to sail on a sea of mystery and to cherish imagination as a divinely instituted faculty. Unfortunately, over the centuries these ingredients of an adventuresome Christianity often have been ossified into rigid orthodoxies where imagination is seen as the toxic enemy of the faithful, especially for the young.

Best friends Tim (Kieran Culkin) and Francis (Emile Hirsch) attend a Catholic school in the South during the 1970s. They are altar boys at the church where Father Casey (Vincent D'Onofrio) presides. Francis, a gifted artist, is in the midst of creating a comic book extravaganza called "The Atomic Trinity." Although the lives of these boys and their two other partners in the project are free from terror, they decide to portray themselves as superheroes doing battle against Nunzilla, the leader of a group of nefarious biker nuns. This cartoon character is based on Sister Assumpta (Jodie Foster), a rigid and authoritarian teacher who consistently gives them a hard time in the classroom. Animated sequences of the action in the comic book story are seamlessly interwoven into the ongoing experiences of the boys as they smoke, drink booze, and steal the school's statue of St. Agatha, an early Christian martyr.

Adding to the complications in his life, Francis has fallen in love with Margie (Jena Malone), a pretty girl who has tried to commit suicide. He is unhinged by her terrible secret from the past. He also grows increasingly worried about Tim's self-destructiveness. His friend has a compulsive need to take risks and test himself. His latest crazy scheme is to kidnap a cougar from an animal preserve and release it in Sister Assumpta's office.

Director Peter Care has done a remarkable job adapting Chris Fuhrman's unusual coming-of-age novel to the screen. Similar in spirit to The Virgin Suicides and Donnie Darko, this bold drama shows how Francis and his friends use the outrageous superheroes in "The Atomic Trinity" as an outlet for their insecurities, raging hormones, and violent impulses. The animation by Todd McFarlane gives these scenes real power.

Thanks to Care's delicate direction, the nun played by Jodie Foster doesn't come across as a caricature. In her heart, this teacher has a compassionate yearning to reach these out-of-control boys and help them negotiate the wild impulses surging through their bodies and psyches. However, like far too many religious educators, she errs on the side of order and strict discipline. For example, she forbids Tim to read William Blake, the visionary English mystic, poet, painter, and engraver who railed against all those who saw the world through stunted and confining perspectives.

The real triumph of The Dangerous Lives of Altar Boys is the tender and touching performance by Emile Hirsch as Francis, a teenager who feels things deeply. During one very intense period in his life, he is trying desperately to come to terms with eros, rebellion, anger, pride, and creativity. In the end, his mettle is tested when he is forced to deal with a tragedy growing out of one of his adventures with Tim.

"The imagination," said Henry Ward Beecher, "is the secret and marrow of civilization." It is also a survival kit for troubled adolescents who feel precarious and ill-at-ease in their jazzed up bodies and addled brains. For these kids, this faculty is not the dangerous diversion feared by conservative religious folk — it is a cathartic tool that helps them cope.

The DVD edition includes two audio commentaries: one with director Peter Care and screenwriter Jeff Stockwell, and another with animation director Todd McFarlane on the animated sequences, which are all collected in another extra feature. An "Anatomy of a Scene" featurette from the Sundance Channel is also interesting. There are also deleted scenes, a making-of featurette, the trailer, and TV spots. 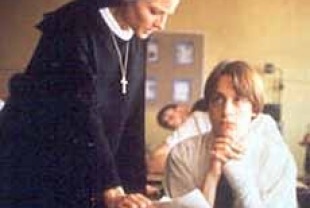