Directed by John Sayles
A thought-provoking portrait of two women trying to refocus their lives.

"There are no backwaters. There is only one river, and we are all in it. Wave your arms, and the ripples will eventually reach me." This truth, stated here by Scott Russell Sanders in Writing from the Center, has been a consistent theme in the work of director John Sayles.

For 30 years, this independent filmmaker has explored this perspective with dramas that stir the soul, stimulate the mind, and tenderize the heart. While others in his generation have sold out to the smash-crash-bash-and-burn style of so many recent Hollywood movies, Sayles has remained true to the creation of character-driven dramas about the dynamics of love, social change, and personal transformation. He is America’s most spiritually literate director.

Sunshine State is the thirteenth film by writer and director John Sayles. As he has done previously, he explores in deeply engaging and imaginative ways the important art of making connections and the need to live out of our deepest and truest selves.

The setting is the fictional small towns of Delrona Beach and Lincoln Beach on Plantation Island in Florida. Through the stories of two women and a large group of other characters, Sayles depicts how our lives are a series of concentric circles of connection starting with loved ones in family and marriage, moving out to embrace community, the place where we live, and the good Earth. The major challenge of life is to deepen and nourish these connections and to fight off those who seek to separate us from others and create a fragmented and competitive world of isolated units.

Marly (Edie Falco) runs a motel and coffee shop on Delrona Beach owned by her feisty and nearly blind father, Furman (Ralph Waite). It is not the life she had in mind for herself and now at middle age she is drinking a lot and looking for love in all the wrong places. She is divorced from Steve (Richard Edson), a hustler with far too many unsuccessful get-rich-quick schemes. She is in the process of breaking up with her younger lover (Marc Blucas), a golf pro, and getting friendly with Jack Meadows (Timothy Hutton), the landscape architect for a fancy gated community being built on an area that was once a swamp. Marly's one pleasure is recalling the blissed-out feeling she had while swimming underwater as a mermaid in a local show. But she has little time for reveries given the responsibilities of the motel business and the harassment of strip-mall developers who want her to sell her father's property to them.

Nearby in the black community of Lincoln Beach, Desiree Perry (Angela Bassett) returns home to the run-down house owned by her widowed mother, Eunice (Mary Alice). She left her family at age 15 after getting pregnant. Now 25 years later, there is still a large residue of resentment and anger between mother and daughter. Desiree's husband, Reggie (James McDaniel), an anesthesiologist, is along on the trip. He decides to spend some time with Terrell (Alexander Lewis), a troubled black teenager. The boy recently set fire to a local monument of a pirate ship. He's been living with Eunice since he witnessed his father and mother fighting and dying in front of him.

Desiree, once a promising actress but these days just doing infomercials, is happy to see her high-school drama teacher, Delia Temple (Jane Alexander). They reminisce about the past. Then she bumps into her old boyfriend, Flash Phillips (Tom Wright), a former football star who is busy buying property on Lincoln Beach. None of these people are present at a community meeting where Dr. Lloyd (Bill Cobbs) unsuccessfully tries to stop local officials from caving in to developers who want to completely take over the area.

Only a small number of citizens turn out for the week-long "Buccaneer Days Festival" organized by Francine Pickney (Mary Steenburgen), wife of banker Earl (Gordon Clapp), the county commissioner. While she hosts various games and a beauty pageant, her husband, who has lost a lot of money gambling, tries to commit suicide. Meanwhile, four elderly golfers (Clifton James, Cullen Douglas, Alan King, Eliot Asinof) provide a Greek chorus to all the wheeling and dealing taking place on Plantation Island. One of them refers to the golf course as "nature on a leash."

Sunshine State is one of the best films of the year with its thought-provoking portrait of two women trying to refocus their lives and two communities under siege from developers determined to create their own exclusive little worlds. John Sayles celebrates the determination of the women and the idiosyncracies of these small places. Along the way, he miraculously reconnects us with our feelings of embeddedness in community. Watching these well-developed characters, we begin to notice the diversity of people around us and the peculiaries of our little corner of the universe. Sunshine State is a clarion call to us to deepen and nourish our connections to life, and it shows the way admirably. 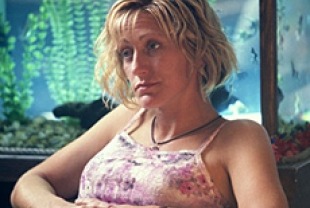 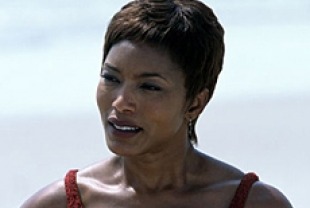