This luxuriously filmed and well-developed drama is an enchanting screen interpretation of Jane Austen's first novel.

Mrs. Dashwood (Gemma Jones) and her two eligible daughters, the sensible Elinor (Emma Thompson) and the romantic Marianne (Kate Winslet)--along with their eleven-year-old sister--take up residence in a cottage on their uncle's estate after being displaced from their palatial home. Three very different men circle around the two sisters--a shy clergyman-to-be (Hugh Grant), a fast-talking Lothario, and a middle-aged and wealthy colonel. The obstacles which Elinor and Marianne must jump over are those created by class warfare, secrets, and the rigid proprieties of high society.

Emma Thompson's fluid and funny screenplay makes the most of all the bittersweet moments in this superb drama. Ang Lee (Eat Drink Man Woman) proves once again that as a director he is able to draw out all of the subtle and substantial themes in family sagas about love. 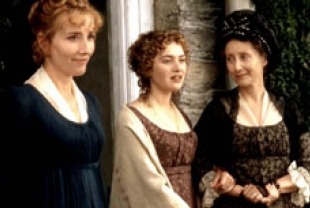 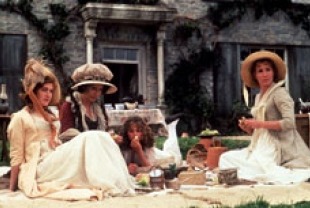