Amandla! A Revolution in Four-Part Harmony

Directed by Lee Hirsch
A stirring documentary that salutes the formidable role black liberation music played in the long and arduous struggle against apartheid in South Africa.

"Black music is unity music," writes James H. Cone in The Spirituals and the Blues. "It unites the joy and the sorrow, the love and the hate, the hope and the despair of black people; and it moves the people toward the direction of black liberation. It shapes and defines black existence and creates cultural structures for black expression."

Amandla! A Revolution in Four-Part Harmony is a stirring tribute to the important role of black freedom music in the long and arduous struggle against apartheid in South Africa. Winner of the Audience Award and the Freedom of Expression Award at the 2002 Sundance Film Festival, director Lee Hirsch's inspiring documentary covers 50 years of South African history. "Amandla" means "power" and for many blacks it was expressed through music. The documentary brings dozens of freedom songs to the screen from original recordings and new live performances, and features trumpeter Hugh Maskela, singer Miriam Makeba, pianist Abdullah Ibrahim, guitarist Vusi Mahlasela, and many others.

South Africa established apartheid, a system of racial segregation, in 1948, making discrimination against nonwhites official policy. One of the many voices for liberation was songwriter-activist Vuyisile Mini, who was hanged and buried in 1964. His music was an affirmation of life, and it was said that he went to his death singing. The documentary shows a ritual in l998 giving him a proper burial.

Using archival material and interviews with the musicians, Hirsch covers the sweep of black suffering through the forced relocation of citizens into government mandated communities, the creation in 1950 of compulsory passbooks for all blacks, the 1960 Sharpsville Massacre and the imprisonment of Nelson Mandela in 1964, the 1976 Soweto uprising against the imposition of the language of Afrikaans, and the momentum of anti-apartheid activity in the 1970s and 1980s, culminating in the historic 1994 election.

Much of the liberation music came off the streets and was a direct and often spontaneous expression of people's feelings. The music held blacks together and gave a voice to their struggle. They used it to record their history, initiate the young into adulthood, and assert their soulfulness. Songs of defiance and songs of determination were the linchpins of survival for an embattled people. Today, the music continues to play a role as it helps South African youth understand their culture and history. Don't miss this extraordinary documentary! 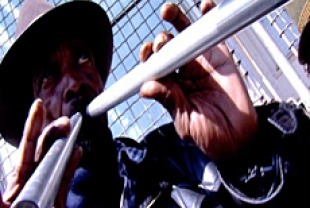 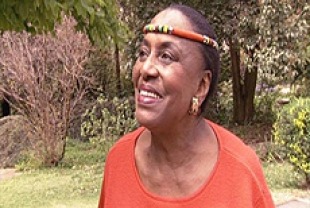 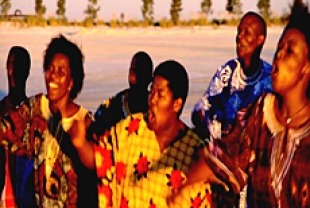