Directed by Robert Mulligan
A touching film about the friendship between a Jamaican housekeeper and a young boy.

Leona and Bill Bart are in mourning following the death of their infant daughter. They have retreated from their luxurious Baltimore home to a Jamaican resort where Clara, a hotel maid, tries to comfort the American woman. Buoyed up by her folk wisdom and personal warmth, Leona hires Clara to be their housekeeper in the United States. This is not good news to David, their son, who initially reacts negatively to this intruder upon their family life. Clara's humor and concern for his well-being, however, win him over. Soon David is speaking in Jamaican patois and accompanying Clara on visits to her friends in Baltimore's inner city. They are drawn even closer together after his parents' marriage falls apart. However, when David violates Clara's privacy by opening up a trunk full of letters which hold the key to a dark secret from her past, he sabotages their intimate friendship.

Director Robert Mulligan (To Kill a Mockingbird) has drawn out top-drawer performances from Whoopi Goldberg as Clara and Neil Patrick Harris as David. The screenplay by Mark Medoff is loaded with insights into friendship, growing up, privacy, and troubled families. In Mary Gordon's novel Final Payments, one of the characters notes: "Everyone wants to be the most important person in someone's life and most people just don't get it." This excellent movie revolves around a woman who bestows this gift of grace on a very lonely, confused and needy boy, just at the point in his life when he needs to know that he is lovable. And when Clara is vulnerable, he reciprocates. They both get to be the most important person in someone's life. 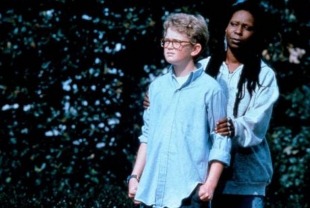