Directed by Scott Hamilton Kennedy
A remarkable documentary about some ghetto kids in Compton, California, who rise to the best in themselves in a rousing high school production of Thornton Wilder's famous play.

Anyone who has ever worked in theatre knows that the play is not really the thing that matters most; it is the sense of community that magically emerges during the rehearsals and performances. This process is illustrated beautifully in OT: Our Town, a well-done documentary by Scott Hamilton Kennedy.

In the ghetto of Compton, California, basketball is everything. Stars on the high school's courts jump right into the NBA. On the other hand, there has not been a play put on by members of the student body for 20 years. English teacher Catherine Borek decides to change all that by launching a production of Thornton Wilder's Our Town about life, death, and daily doings in the town of Grover's Corners, New Hampshire. The mainly Hispanic and African-American students are skeptical about this project given the violence, apathy, and fear in the community.

She shows the kids a television version of Wilder's drama starring Hal Holbrook, and they feel even more alienated from the text with its rural details and stodgy characters. With no budget and no stage for rehearsal (since the basketball coach refuses to let them use the gym), Borek begins rehearsals in the cafeteria with Ebony, a Latino who plays the pivotal role of the stage manager; Jose, a suicidal kid who is cast as the town drunk; Archie, a charismatic Mexican youth who has fun with the kissing scenes he is asked to do; and Christopher, an African American who doesn't have a clue as to how to play a loving father.

Filmmaker Kennedy takes us onto the streets of Compton and into the homes of these students to capture deeper dimensions of their lives and why this theatrical adventure is able to open them up to previously unexpressed aspects of themselves. It is truly refreshing to watch these youth come alive to new possibilities as they transform Grover's Corners into Compton with photographs and other memorabilia from their collective lives. The community that is created among the teenagers is the treasure that comes out of their performance, not to mention the pride they all feel in their singular accomplishments. 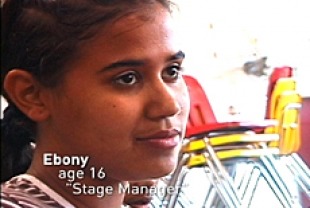 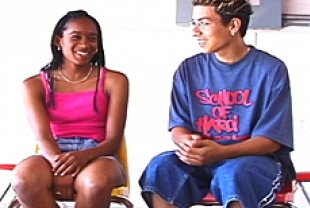