Directed by John Sayles
A fine example of writer and director John Sayles's sensitive exploration of cross-cultural tensions and misunderstandings.

We can always depend upon John Sayles to make movies that matter. At this moment in history, the United States is the source of much anger and antagonism abroad, especially in poor nations where America is viewed as the selfish and greedy neighbor who stops in for a snack and winds up eating the equivalent of three meals without any thanks or payment. In this hard-hitting drama set in an unspecified Latin American city, six women from the United States are in town to adopt infants. Sayles contrasts their stories and two-month wait with the plight of a young maid who gave away her child when she was fourteen, a pregnant teenager whose mother is sending her to Miami for an abortion, an unemployed young man, and glue-sniffing street children who have to steal to survive.

The American women are staying at a hotel run by Senora Munoz (Rita Moreno), who says scornfully of these outsiders: "They want to be mothers but they can't even take care of themselves." Her son, an ex-con who is now an anarchist, has an even lower estimate of them; he thinks they are vessels of cultural imperialism. He and some of the local bureaucrats are upset that babies are their country's biggest exports.

Although the women all share the same desire to adopt, they are very different from each other. Nan (Marcia Gay Harden) is a racist, a kleptomaniac, and an aggressive loudmouth who has nothing good to say about the others. The target of most of her criticism is Skipper (Daryl Hannah), a New Age masseuse who is always exercising. Leslie (Lili Taylor) is unmarried and happens to be the only one in the group who could have had a baby on her own but chose not to do so. Gayle (Mary Steenburgen) is a born-again Christian and recovering alcoholic who tries to play the mediator in the group when the gossip turns cruel. Jennifer (Maggie Gyllenhaal) is a wealthy woman who is trying to save a faltering marriage by adopting a baby. And Eileen (Susan Lynch), an Irish woman from Boston, yearns to have a baby who will bring some peace and happiness into her meager life.

In one of the film's most poignant scenes, Eileen meets Asuncion (Vanessa Martinez), the hotel maid, in her room, and they try to communicate with each other, although they do not speak each other's language. Eileen talks about an image she has of herself as a good mother on a fairly ordinary day. Asuncion listens to the tone of love and yearning in her voice and says in Spanish that she hopes her baby found a mother like her. For these two, children are both a blessing and a mercy in their lives.

In another riveting scene, Nan tries to intimidate and pressure a local lawyer into giving her petition for adoption priority over the other women at the hotel. It is her kind of bravado and feeling of entitlement that continues to create the image of the ugly American abroad.

The overall tone of Casa de los Babys promotes the spiritual practice of openness, which is the ability to see clearly, without preference or prejudice, and with empathy. Sayles continues his special mission of exploring the nuances that go into the creation of cross-cultural tensions and misunderstandings.

The DVD boasts an audio commentary by director John Sayles in which he talks about shooting on location in Mexico, aspects of the local culture, working with the actresses, and his approach to filmmaking. The latter is the subject again in a 23-minute documentary titled "On Location with John Sayles." A more standard "making of" featurette includes interviews with the stars and film clips. A third piece, "Beyond Borders," explores the politics, culture, and adoption policies of Mexico. 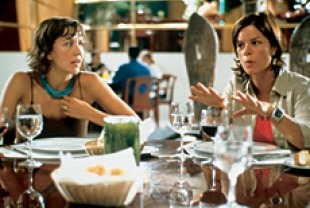 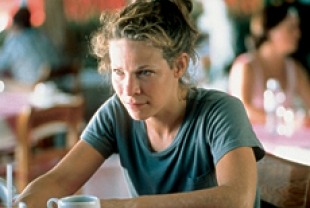 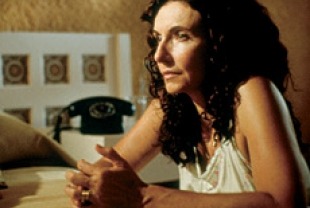 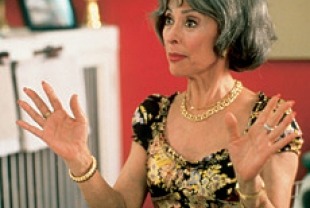 R - some language, brief drug use