The life of Vincent Van Gogh — who died over 100 years ago — has been told so many times that one would guess little could be added. But Robert Altman's Vincent and Theo, a compelling film about the symbiotic relationship between the Van Gogh brothers, manages to be both dramatically gripping and biographically edifying.

The opening scene juxtaposes scenes of the London auction where Van Gogh's "Sunflowers" sold for 39.85 million pounds with a glimpse of Vincent lying on a straw mattress in a grungy room telling his brother that he has decided to become a painter. Tim Roth's Vincent is a moody soul capable of plunging into deep depressions or flying high in moments of intense artistic accomplishment. He depends on the emotional and financial support of his brother, an art dealer.

Paul Rhys's Theo is a high-strung young man whose only fulfillment in life consists of being patron and champion of Vincent's misunderstood art. His older brother's creativity is the very air he breathes.

Screenplay writer Julian Mitchell brilliantly orchestrates crucial developments in the brothers' lives in tandem — a prostitute living with Vincent walks out on him while Theo's lover leaves him on account of his syphilis; Vincent's difficulties with Paul Gauguin mirror Theo's lengthy courtship and marital problems with Jo Bonger (Johanna Ter Steege in an effecting minor role). The brothers are so dependent on each other and so obsessed with investing all their energies in art that little else matters. It is no wonder that Theo died only six months after Vincent's suicide; life was just not tenable after his brother was gone.

Robert Altman has directed Vincent and Theo with just the right mix of drama, visual richness, and psychological nuance. Anyone who cares about the myth of tortured genius, the bond between brothers, or the uneasy relationship between art and commerce will find this film filled with manifold insights and delights. 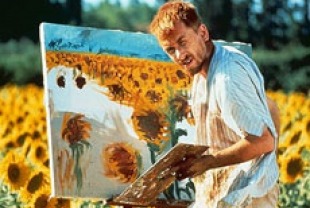