Directed by Ron Howard
Speaks to the heart and models a working-class hero whose riches have nothing to do with money.

The Depression era in American history sapped the energy of the middle-class and the poor who were forced to scrap their dreams of a better life and scramble for survival. Work was scarce and many lost all hope. Two stories lifted the spirits of ordinary people who yearned for icons of triumph in the face of staggering odds. One was the story of Seabiscuit, the little racehorse that could, and the other was the incredible story of Jim Braddock, a stubborn and strong-willed washed-up boxer whose comeback in the ring was called by sports writer Damon Runyon one of the great human interest stories of all time. Ron Howard has fashioned a soul-stirring tribute to this working-class hero, the pride of New Jersey and the hope of the Irish. He has drawn out a riveting and impressive performance from Russell Crowe as the boxer and given Paul Giamatti a juicy role as Braddock's trainer and manager that ought to win him a Best Supporting Actor nod.

In the 1920s, Jim Braddock (Russell Crowe) is a winning fighter, a golden boy who is being groomed as a future champion. He's never been knocked out. His biggest supporter is his wife Mae (Renee Zellweger), although she cannot attend his fights because she would viscerally feel every punch that landed on his body. But the young man's promising career is derailed when due to a broken hand and bad luck, he puts in a shameful appearance in an important fight and has his license revoked.

Four years later in 1932 in the midst of the Depression, the Braddocks and their three young children are living in a one-room apartment. Jim occasionally gets some work on the Hoboken docks, but it's not enough to pay the bills. Mae is forced to rip down a fence for fire wood after their electricity is turned off. In one of the linchpin scenes in the film, Jay (Connor Price), the oldest son, is taken by his father to the butcher to return a sausage he has stolen. It turns out that what has really upset the lad is the fear that he will be sent away to live with relatives, which happened to one of his friends. Jim makes a promise that he will never allow the family to be split up. But when things go from bad to worse, the boxer is forced to beg for money from his old associates at a Madison Square Garden hangout. His willingness to endure this humiliation is a sign of Jim's devotion to his family.

Braddock's feisty and shrewd trainer and manager, Joe Gould (Paul Giamatti), never loses his respect for Jim as a fighter and as a human being. He offers him a big pay-day match with a major contender when the opponent bows out shortly before the fight. Jim surprises everyone with a victory, especially a sports writer (Nicholas Campbell) who has lashed him in print. Gould, who is savvy about the boxing business and alert to Braddock's growing popularity with the public since his upset victory, plays his cards wisely with a snobbish and greedy fight promoter (Bruce McGill) who is convinced that the so-called Bulldog of Bergen just doesn't have what it takes to be a champion. Jim is elated when he learns that his manager has gotten him a series of matches where the winner will face the seemingly indomitable heavyweight champion Max Baer (Craig Bierko). The fury of Baer's punches have killed two men in the ring.

Screenplay writers Cliff Hollingsworth and Akiva Goldsman have created a hero for all ages with Braddock, a soft-spoken husband who packs a wicked upper cut and a belief that one must make the most out of second chances. Here is a hero who swallows his pride and accepts welfare to support his family, and after he wins a few matches, takes the money back to the federal relief agency as a natural expression of his responsibility. Here is a husband whose love for his wife never diminishes even when she finds it difficult to support his boxing career. Here is a friend who tries to help but cannot rescue Mike Wilson (Paddy Considine), a former Wall Street broker turned protester, when things go badly for him. And here is a father whose high ethical standards, such as keeping promises and being loyal through adversity, are passed on to his kids.

Even when he sinks into abject poverty and it looks like he cannot take care of his loved ones, Braddock remains a heroic figure willing to keep on trying to secure a brighter future for them. No wonder so many fight fans and thousands of others who had no interest in boxing were ready to cheer for him as someone special, a shining star in an age of diminished hopes and ideals. Braddock was inwardly rich, and people recognized that in him. Now that's the kind of heroism we need in our jaded age of self-centered "apprentices" and "survivors."

Bonus features on the Collector's Edition of the DVD include additional deleted scenes with commentary by director Ron Howard, and the faturette "Russel Crowe's Personal Journey: Becoming Jim Braddock," "Focus on the Script," "Creating the Reality," "Russell's Transformation," "Inflatable People," "Lights, Camera, Action: The Fight From Every Angle," "Braddock vs. Baer Fight Footage," "The Sound of the Bell," "Cinderella Man Music Featurette," and "The Human Face of Depression." 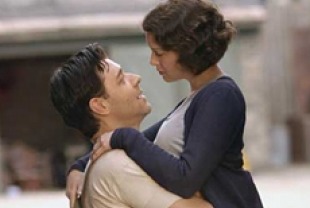 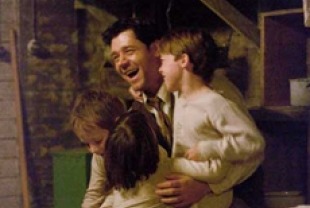 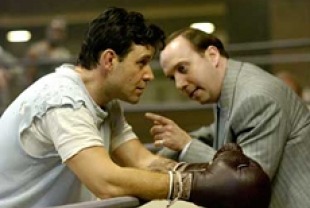