My Summer of Love

Directed by Pawel Pawlikowski
An English film about two young girls who are carried away by their yearning to lose themselves in something transcendent.

At one time or another in our lives, we yearn to lose ourselves in something that transcends our ordinary and predictable lives. Sex and religion are two avenues for this experience, and youth often turn to one or the other. In this engrossing film directed by Pawel Pawlikowski (Last Resort) both ways are explored. The drama is loosely based on a novel by Helen Cross that has been adapted for the screen by the director and Michael Wynne. Anyone who was fascinated by Catherine Hardwicke's Thirteen or Peter Jackson's Heavenly Creatures is sure to find this erotic and exotic story equally mesmerizing.

Sixteen-year-old Mona (Natalie Press) is a working-class Yorkshire girl who lives in a small town with her brother Phil (Paddy Considine), who has just been released from prison. Feeling guilty about his violent past and his meaningless life, he has become a born-again Christian. Mona cannot believe it when he tells her that he is converting the pub they inherited from their late parents into a prayer center.

While lying on the ground in the sun next to the Honda she uses even though it has no motor, Mona looks up and sees Tamsin (Emily Blunt), an attractive and self-possessed teenager, astride her horse. She lives in a Tudor mansion nearby. Her mother is away trying to become an actress, and her father is having an affair with his secretary. Tamsin and Mona become friends and wile away the summer together drinking wine, sharing stories, and pulling off some pranks. At Mona's favorite spot in the country, they kiss in a mountain pool.

Tamsin has been kicked out of her private school and yet insists on talking about Nietzsche and Freud. She pays the cello and after she explains that the piece is "The Swan" from Saint-Saens' Carnival of the Animals, Mona responds that her parents' pub was called The Swan. They both take this as a sign that they were destined to meet and fall in love. Mona tells what it was like to have intercourse with the married man who recently jilted her. Tamsin luxuriates in the music and songs of Edith Piaf and recalls that this eccentric artist once killed one of her husbands with a fork but never went to prison because it was a crime of passion.

Of course, as their sexual bond deepens, these two rebels grow more apart from the rest of the world. Seeking a transcendent passion, they turn to wine and drugs. A dance climaxed by kissing at a local gathering results in them being evicted from the hall and scorned by the locals. Mona is interested in Tamsin's stories about her sister Sadie who died of anorexia. And Tamsin takes an interest in Phil, who invites them to a blessing ceremony for a cross he has made to be planted in the ground high on a hill overlooking the town. He tells people he is praying for his sister and for others who do not know the evil in the valley.

Mona becomes involved with Tamsin partly due to her sadness and anger at at losing her brother to religion. Although she's convinced that his faith has no substance and is fake, he perseveres. The surprising finale to this macabre tale of yearning is just right and speaks volumes about the transitory emotions and desires of adolescence. Equally forceful and convincing is the drama's depiction of the class differences between Mona and Tamsin.

DVD features include an audio commentary with director Pawel Pawlikowski 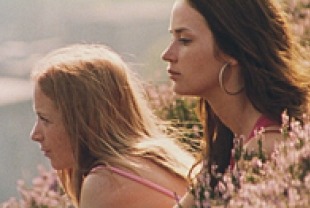 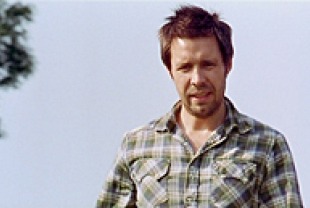 R - sexuality, language, some drug use