Each movement of Beethoven's Symphony No. 6 in F Major, Op. 68, known as the Pastoral Symphony, is a present moment distinct in its sounds, moods, and gifts to the listener. In the first movement, titled "Awakening of Cheerful Feelings on Arrival in the Country," the composer uses a recurring melodic theme to convey the sense of being surrounding by one beautiful impression after another. The second movement, "Scene by the Brook," is a marvelous evocation of the tranquility experienced when meditating by water; near the end, we hear the distinct calls of a nightingale, a quail, and a cuckoo. The last three movements bring a "Merry Gathering of Country Folk," interrupted by a dramatic "Thunderstorm," and then a restoration of calm in "Shepherds' Song: Happy, Thankful Feelings After the Storm."

More Music about Being Present 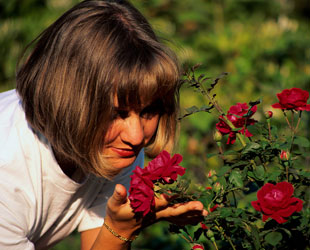 More Resources on Being Present