Joseph Bruchaci's The Arrow Over the Door, a book for young readers, is set in 1777 and based on a historical meeting of Quakers and Native Americans just before the battles of Saratoga, New York, crucial events in the Revolutionary War. The narrative alternates between two teenage boys — Samuel Russell, a member of a Quaker community, and Stands Straight, an Abenaki Indian on a mission to scout for King George. Their paths converge at a Quaker meeting hall. Stands Straight and those with him realize that they share a respect for silence with the people sitting inside. And because of that common ground, they can pursue peace together. 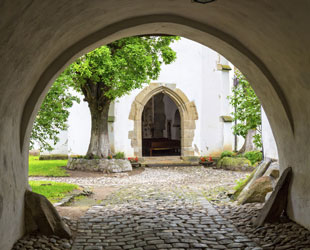