About Rest in Peace

Updates on the response to the poem "Rest in Peace," written by Frederic and Mary Ann Brussat on September 11, 2001.

The morning of September 11, 2001, we got an email about the terrorist attacks on the World Trade Center in New York City. We immediately thought of our colleagues on the staff of Spirituality & Health magazine. The editorial offices were located just three blocks from the Twin Towers, directly behind historic Trinity Church at the end of Wall Street. Our own offices are further uptown on 24th Street, and from our windows looking south we could see only the clear blue sky over what we knew from the television pictures was a towering inferno.

It was late in the morning when we learned that the staff of the magazine had been safely evacuated to Staten Island via ferry. We decided that we needed to write a spiritual response to the tragedy. It was published on SpiritualityHealth.com the next day.

The poem, "Rest in Peace," is a prayerful attempt to empathize with all of those affected by this terrible tragedy — the victims, rescue workers, and survivors, of course, but also the pigeons and the flowers in the plaza buried by rubble, the rescue dogs, the children, even the stones in Trinity’s churchyard.

Since that day, the poem/prayer has been forwarded around the world to many people’s email lists. It has been reprinted on numerous websites and in magazines, including Tikkun, Poetry International, and a lectionary-based Bible Study. High school and college students have included it in special editions of their newspapers. It also appears in the book From the Ashes: A Spiritual Response to the Attack on America (Rodale).

"Rest in Peace" has also been used at many private memorials, religious services, and large interfaith gatherings, including one in London and another in Union Square, New York. In the Winter 2002 issue of Spirituality & Health, it was printed over a color photograph of the candle memorials at Union Square in New York.

For five years after the tragedy, "Rest in Peace" continued to be one of the most visited pages at SpiritualityHealth.com. When we launched SpiritualityandPractice.com in the spring of 2006, we moved the poem and its successor "Rest in Peace: September 11, 2002" to this site. 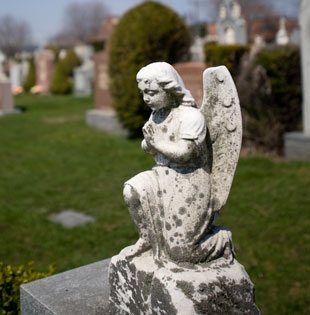