Quotations and a mantra from the writings of the French Jesuit theologian and visionary.

Teilhard de Chardin (b.1881) died on this day in 1955. He was a Jesuit theologian and scientist who pioneered a holistic, earth-cherishing, and mystical spirituality. The French-born priest used his extensive training in geology and paleontology to pursue scientific projects in China and South Africa. However, his attempts to work out a theological synthesis of evolution and Christianity were rejected by Catholic authorities in Rome who forbid him to publish or lecture on religious matters during his lifetime.

The visionary work of Teilhard de Chardin has spurred on many spiritual writers interested in the interplay between mysticism, science, and the grace of God.

Try a mantra Teilhard used to keep himself going: "Always trust life." (from Christ in All Things: Exploring Spirituality with Teilhard de Chardin by Ursula King)

In Cosmic Life, Teilhard de Chardin wrote: "Every encounter that brings me a caress, that spurs me on, that comes as a shock to me, that bruises or breaks me, is a contact with the Hand of God." Be on the lookout today for God's caresses.

Ponder the implications of these quotes:

For more of the writings of this extraordinary visionary see: 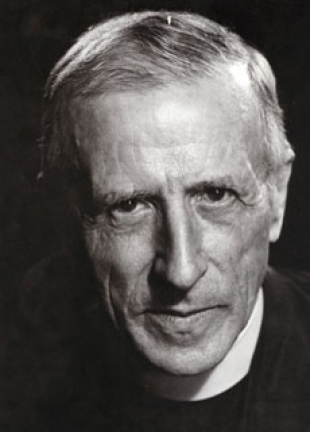