Celebrate birthday by watching and discussing or listening to his music as a prayer.

To millions of people living and dead, Wolfgang Amadeus Mozart (1756-1791) wrote music more fluently and majestically than anyone else who ever walked the face of the earth.

Mozart was a child prodigy under the sway and guidance of his father. Before he was ten he had traveled to France and England and at fourteen he became a papal knight. But Mozart found himself isolated in the world of music and often lamented the fickleness of the Viennese public who didn't always appreciate his creative genius. Mozart left behind a handful of great symphonies, a dozen chamber works, some clever concertos, and some operas.

You can honor Mozart and celebrate his birthday by watching the 1984 film Amadeus, directed by Milos Forman which explores this composer's eccentric and controversial life through the eyes of Antonio Soleri, a composer to the Australian court who was very envious of Mozart. Peter Shaffer, the screenplay writer, calls it a "fantasia based on fact." A Values & Visions Guide to the film is here.

Check out Don Campbell's The Mozart Effect, where the author delineates the power of music to heal the body, strengthen the mind, and unlock the creative spirit. Here Mozart's elegant music is seen as a medium which not only can calm us down but is able to warm up the brain. Campbell writes:

"In an instant, music can lift our soul. It awakens within us the spirit of prayer, compassion, and love. It clears our minds and has been known to make us smarter."

Play a piece of music by Mozart and sense it as a prayer of peace or as a lift for the spirit. 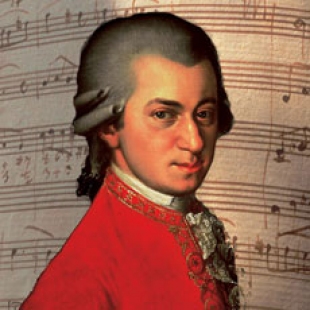