A day to pay tribute to this freedom fighter who struggled against the terrors of South African apartheid.

After suffering under the repressive edicts of the government, he made plans for a medical clinic and began to unfold his vision of black consciousness, stressing less dependence on white liberals and more creativity and inspiration from blacks themselves. This emphasis lead to Biko being "detained' several times. His nonviolent quest for change greatly expanded when he provided white newspaper editor Donald Woods with crucial information and details of the human rights violations of the South African regime and its police force.

On August 1, 1977, Biko was taken into custody and found to be in violation of his banning order. A month later, on September 12, he died in prison after being tortured and beaten.

Learn more of Biko's life and death by watching Cry Freedom which explores the relationship between the black leader and Donald Woods. Richard Attenborough directs this drama that shows how two men from different worlds are drawn together in a struggle against the racist regime of South Africa. Denzel Washington is charismatic as the soft-spoken leader Steven Biko, whose advocacy of black consciousness and nonviolence inspires his people to new heights of self-esteem. Kevin Kline is also good as his friend and biographer. 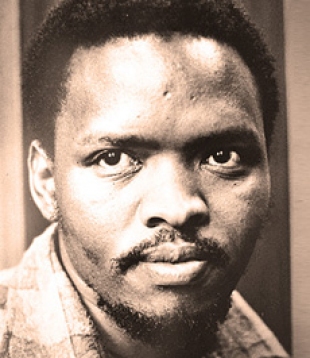