(PDP) An opportunity to firm up our commitments to service of others, peace, and justice.

Dorothy Day (1897-1980) founded the Catholic Worker Movement; she was an extraordinary peace and justice activist. Even as a high school student, she was fascinated with city life. Her concern for plight of the poor which was fed by the Russian writer Peter Kropotkin. In 1927 she became a Catholic and then in 1933 launched with Peter Maurin the radical publication Catholic Worker. This project enabled her to harvest her passion for social justice, to write regularly, and to take care of her daughter from a failed marriage.

Soon a community formed around Day and her mission of taking care of the poor, the hungry, and the homeless. Volunteers appeared to help sell the paper on the streets, picket and protest, and work in the movement's hospitality houses. By 1938, the print run for the paper was 190,000. Over the years, the Catholic Worker was involved with both the civil rights movement and efforts to unionize farm workers.

Dorothy Day's pacificism angered many Catholic priests who preached to their congregations in support of the war. She insisted that wartime "does not exempt us from the commandment to love our enemies and do good to those who curse us, for the Gospel never changes."

Make a vow in honor of Dorothy Day to bring about a revolution of the heart. You might incorporate some phrases from this Dorothy Day statement: "The greatest challenge of the day is: how to bring about a revolution of the heart, a revolution which has to start with each one of us. When we begin to take the lowest place, to wash the feet of others, to love our brothers and sisters with that burning love, that passion which led to the cross, then we can truly say, 'Now I have begun.' (quoted in You Will Be My Witnesses by John Dear). 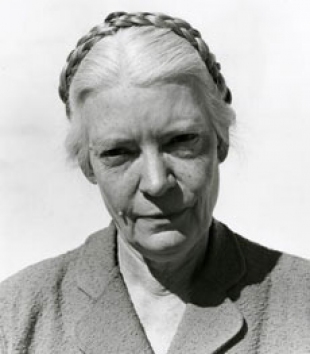