(PDP) Exploring the vision of the American politician, governor, and UN ambassador.

While many of his supporters were impressed by his intellect and eloquence, Stevenson was called "an egghead," a derisive comment leveled against well-educated politicians. Trained in law and diplomacy, Stevenson often squared off in heated debates with Senator Joseph R. McCarthy who was an early practitioner of jugular-vein politics. After many years of service, Stevenson said: "I think government should be small in scope and as local in character as possible."

Reflect upon these statements of belief by Adlai Stevenson:

The spiritual practice of vision encompasses the discovery of fresh insights about the way things are and the cultivation of different outlooks on what can be. Below is a vision statement by Adlai Stevenson. After meditating on his view of what his country could be, write your own credo about your country.

— Adlai Stevenson during his 1952 campaign for the U.S. Presidency 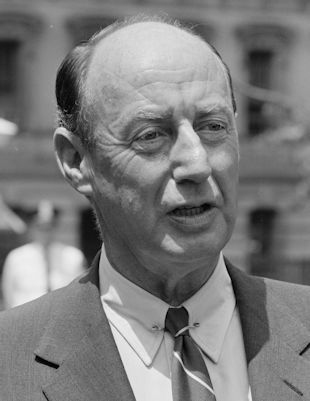