(PDP) A response to the counter-cultural voice and activism of the seminal poet of the Beat Generation.

Allen Ginsberg was a seminal American poet of the Beat Generation which staged their own unique protests against what they saw as the conformity, militarism, consumerism, and sexual repression of the 1950s. He was born in Newark, New Jersey, on this day in 1926. As a Jewish teenager he tested his writing skills in letters to newspapers and then discovered and was influenced by the raw and wild poetry of Walt Whitman.

Ginsberg's most famous poem was "Howl" where he affirmed "angel-herded hipsters" and condemned the destructive and toxic dimensions
of capitalism:

"I saw the best minds of my generation destroyed by madness, starving hysterical naked,
dragging themselves through the negro streets at dawn looking for an angry fix,
angelheaded hipsters burning for the ancient heavenly connection to the starry dynamo in the machinery of night, . . .

The poem described homosexual activities, which were crimes in every state due to sodomy laws, and it got even more publicity when a prosecutor brought him to court on obscenity charges. The court ruled in his favor and Ginsberg was free to spread his guttural, improvisatory, and prophetic poems to crowds looking for something to hold on to in troubled times.

This controversial poet spoke for many when he said "poetry is the kind of meditation that slows me down and brings me back to myself." Ginsberg explored an alternative lifestyle that included drugs, sexual expression, and nonviolent political protect.

As a practicing Buddhist, he was an ardent devotee of Chogyam Trungpa, a Tibetan Buddhist who founded the Naropa Institute. In 1974, Ginsberg and poet Anne Waldman started a poetry school there. His inspiration, Walt Whitman, would have been proud of Ginsberg's free verse, his energy, his spiritual path, and his contributions to America's counter-culture.

Read some of Ginsberg's works. The Allen Ginsberg Project has complete transcriptions of many of his lectures at Naropa University, Brooklyn College and elsewhere. A complete version of "Howl" is here. Other poems are here.

Allen Ginsberg wrote many poems of witness. Whether or not you are a poet, the following spiritual practice from John Fox's book Poetic Medicine will open your heart and mind to the connections and the challenges many experience in our conflicted world.

Looking at Your World with the Eyes of a Poet

"Answer these sentence stems. Be a voice for others. Take time to consider who and what matters to you. Read it aloud. Rekindle your poetic voice and creative imagination through comforting those in your world whose conflicts you can feel. Use material you gather here to make poems. Be specific and detailed. 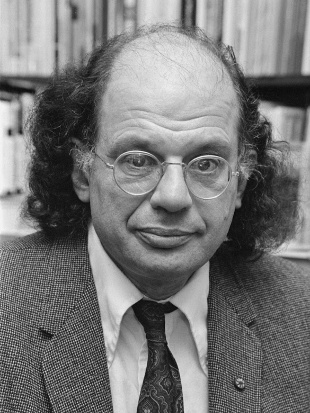