Tonglen starts with relating directly to specific suffering – yours or someone else's – which you then use to understand that this suffering is universal, shared by us all.

Almost everybody can begin to do tonglen by thinking of someone he or she loves very dearly. It's sometimes easier to think of your children than your husband or wife or mother or father, because those relationships may be more complicated. There are some people in your life whom you love very straightforwardly without complication: old people or people who are ill or little children, or people who have been kind to you.

When he was eight years old, Trungpa Rinpoche saw a whimpering puppy being stoned to death by a laughing, jeering crowd. He said that after that, doing tonglen practice was straightforward for him: all he had to do was think of that dog and his heart would start to open instantly. There was nothing complicated about it. He would have done anything to breathe in the suffering of that animal and to breathe out relief. So the idea is to start with something like that, something that activates your heart. So you think of a puppy being stoned and dying in pain, and you breathe that in. Then, it is no longer just a puppy. It is your connection with the realization that there are puppies and people suffering unjustly like that all over the world. You immediately extend the practice out and breathe in the suffering of all the people who are suffering like that animal.

It is also possible to start with the puppy or your uncle or yourself and then gradually extend out further and further. Having started with the wish to relieve your sister's depression, you could extend further and breathe in the depression of people who are somewhat "neutral" — the ones to whom you are not that close but who also don't cause you fear or anger. You breathe in the depression and send out relief to all those "neutral" people. Then, gradually, the practice moves to people you actually hate, people you consider to be your enemies or to have actually harmed you. This expansion evolves by doing the practice. You cannot fake these things; therefore you start with the things that are close to your heart.

It's useful to think of tonglen practice in four stages:

The main thing is to really get in touch with fixation and the power of klesha activity [disturbing states of mind, destructive emotions] in yourself. This makes other people's situations completely accessible and real to you. Then, when it becomes real and vivid, always remember to extend it out. Let your own experience be a stepping stone for working with the world.

— Pema Chodron in Start Where You Are 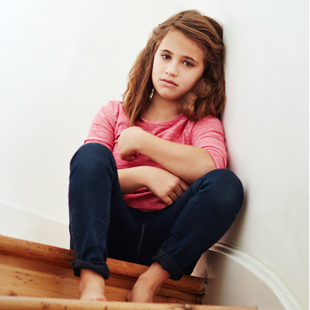