By Kevin Macdonald
A visually stimulating documentary about the light shows, fireworks, and explosive events of a creative Chinese artist.

Cai Guo-Qiang is a very popular Chinese-born and New York-based environmental artist who has mastered the medium of fireworks art. In this visually stunning documentary directed by Kevin Macdonald (One Day in September, The Last King of Scotland, Marley, Life in a Day), we meet this imaginative and ambitious artist at work. 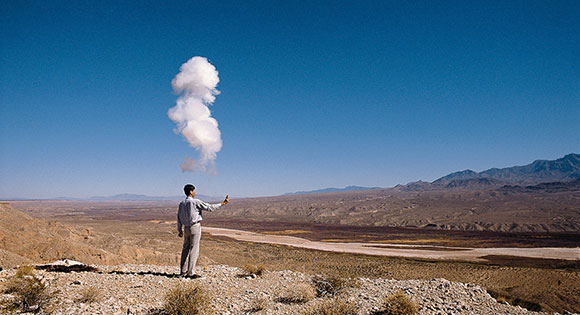 As a boy, Cai's creative impulses were stirred by his father, a calligrapher. During the Cultural Revolution in China, the boy had the sad job of burning all the books in their house. He started doing abstract paintings but then found a niche that would enable him to express himself more freely. At one point, Cai states: "Everyone loves to light fireworks," and he is right. There is something primal about hearing the commotion of explosives and watching the smoke curl in the air. We are reminded early in the documentary that the Chinese came upon gunpowder while looking for an elixir that would enable them to achieve immortality. 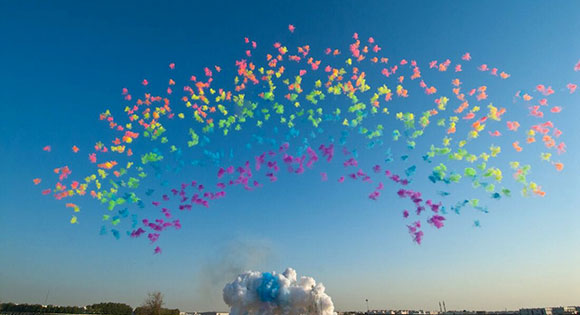 Cai took a large leap forward with his lightshows and explosive events for the Beijing Olympics and his 2014 Shanghai exhibition where he turned explosions into visual feasts of movement, color, and beauty. During the same year, the artist created an event for a gathering of world economic leaders in Beijing which he felt was spoiled by the rigid traditions of Chinese bureaucrats who vetoed his environmental motifs. 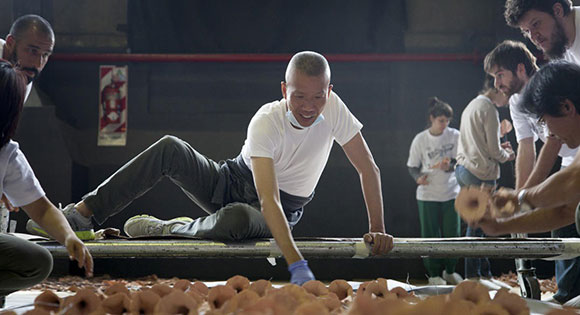 Macdonald sets up the dream project that Cai has had in the works for 20 years; it was rained out in London, postponed in Australia for security reasons, and shut down in California for fear that it could spark fires in drought areas. The artist envisioned "Sky Ladder" as a spiritual image of connecting Earth and the rest of the universe. In the background of the project was his memory of pictures of Saturn V rockets heading for the moon. 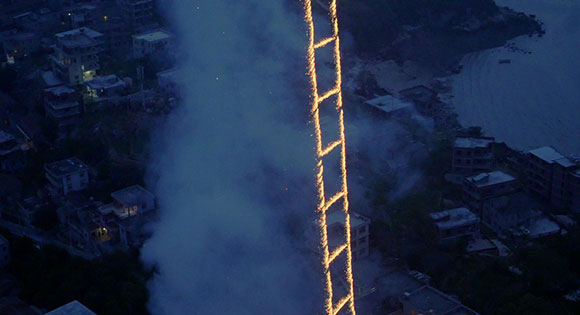 It is worth the wait to witness the power and the glory of the artist's realization of his dream. The one person Cai wants to see and appreciate his creation is his 101-year-old grandmother who encouraged him as a boy to tap into his creative capacities. Watching his joy over her positive response is a genuine delight!