By Nicolas Lampert
An illustrated guide to all the ways artists have contributed to the culture of resistance.

"When social movements embrace artists, they harness the power of those who excel at expressing new ideas and reaching people in ways that words and other forms of media cannot. They harness the power of visual culture. And when artists join movements their work — and by extension their lives — takes on a far greater meaning. They become agitators in the best sense of the word and their art becomes less about the individual and more about the common vision and aspirations of many. Their art becomes part of a culture of resistance." So writes author and artist Nicolas Lampert in this new addition to The New Press People's History Series, which was launched in 2000 by Howard Zinn.

With over 200 images, this politically charged work takes us from the colonial period through modern times, showing us how radical artists spoke truth to power during the American revolution, the movement to abolish slavery, the women's suffrage and later feminist movements, the civil rights movement, and the antiwar movement. Here is proof positive that art can flourish on the streets as well as in museums.

With energy and passion, Lampert showcases the flinty integrity and wild creativity of social activists who contributed visual images to posters, flyers, publications, and street theatre to raise awareness of labor issues, AIDS, and nuclear disarmament. He notes the madcap resistance of the Yes Men whose films poke fun at the continuing machinations of businesses. Particularly poignant are Jacob A. Riis's distinctive photographs and Ronald L. Haeberle's chilling images of the My Lai massacre.

A People's Art History of the United States celebrates the creative souls who contributed to much to a vibrant culture of resistance. 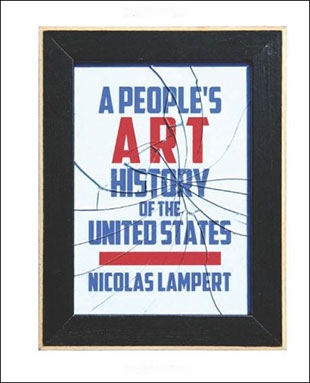