By Brandon Stanton
A collection of photographs with comments by the subjects that reveal the global human spirit.

In 2010, Brandon Stanton came to New York City to take portraits of people on the streets. This Chicago ex-stockbroker then began interviewing his subjects, adding their comments to the pictures, and posting them to his blog. The resulting incredible collection of photographs, many of which were published in a book Humans of New York, featured more than 10,000 New Yorkers talking about their lives and values, hopes, and dreams.

This new collection, Humans, was put together over the past five years during which Stanton traveled to more than 40 countries with 200 interpreters to translate stories from the subjects of his photographs.

Here is a brief sampler of some of the people, places, and stories he discovered during this global journey:

It is our pleasure to recommend Humans to you. This is the kind of book that you can open to any page at random and practice empathizing with those you see there. It expresses the beauty and the bounty of the heart-expanding practices of open-mindedness, hospitality, reverence, and wonder. During this era of prejudice, rigid thinking, and wall-building in many places around the world, Humans paves the way to more bridge-building! 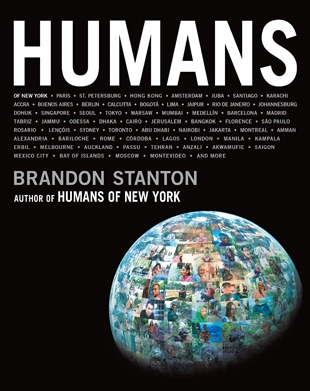