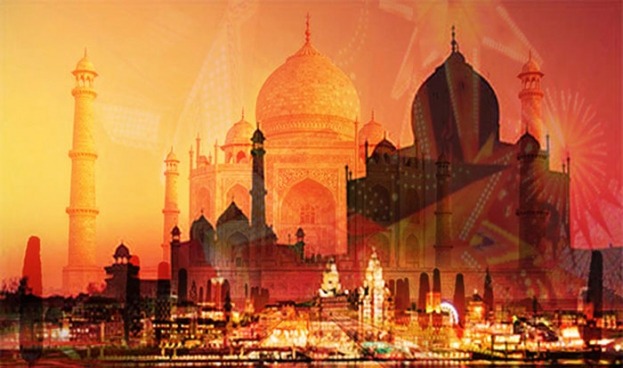 The Soul and the Mind

By Swastika Jajoo in the KidSpirit Discovery and Progress issue.

How does your faith or wisdom tradition view the idea of human progress?

I am Indian and belong to a Hindu family. I have lived in a variety of cities from the capital city of Delhi to Chennai, located in the far south. I do not differentiate between gods. I believe there is one united power that manifests itself in our spirits, and that power is called the Almighty. I believe all religions are one; they point toward a common goal or notion of progress. Be it Hinduism, Islam, Christianity, or Parsees, the view of human progress is essentially the same, although some differences prevail as to how progress can be reached. The premise for evolution lies in purifying the soul; integral is the idea of good over evil.

The emphasis of Indian culture and society is not only in our technological and economic progress. Our culture focuses on progress which cannot be elucidated by mere physical evidence. We look for spiritual and intellectual progress; for evolution of the mind and soul in such a way that they become one with the supreme power of the universe, a power many refer reverently to as God.

Individual progress is about figuring out “Who am I?” in the larger scheme of things. It is set in motion when we start questioning the reasons for our existence, and look for authenticity, meaning, and purpose in our lives. Progress is not learning how to operate the next-gen Apple or Windows operating system. Progress is learning how to operate the inner “operating system,” strategically installed in our conscience.

This inbuilt system helps us discern between right and wrong and make choices based on intuition and rationality. We like to think we are highly advanced, or how much the gross domestic product of our country has skyrocketed. But I believe in the values of honesty and integrity, altruism and harmony. These values are more in keeping with the theory of Abraham Maslow’s hierarchy of needs, specifically self-actualization. Attaining self-actualization requires the continuous practice of mindfulness-based meditation, It requires a willingness to observe everything that passes through our conscious and unconscious, patiently and impassively.

Social progress, on the other hand, deals with asking ourselves, “Who are we?” Given India’s sheer diversity, this progress is gradual, but also enriching. That we work toward a day when all of us can live without a single riot in the streets is commendable. My college has a group called Dhyana, or focused meditation, which adopted this idea. This year, Dhyana will hold talks and group discussions to spread awareness about religious unity. The idea is bringing about change one breath at a time, one moment at a time.

As a society we seek to find threads that link us together. We seek to build an all-inclusive spirit in each citizen. This involves taking simple steps, such as visiting the homes of friends who belong to other religions and become acquainted with their customs and traditions. Our parents and teachers play an important role as mentors. When they speak to us about religious diversity in the country, we hope to become more accepting of the people around us. What was once “We are Hindus,” “We are Muslims,” “We are Christians,” slowly transforms into “We are Indians.”

Individual progress and social progress lead to the development of a country. If we feel empowered, physically, intellectually, spiritually, and emotionally, then a new surge of power can generate within us. We can raise our voices, take a stand, and make a difference. This empowerment encourages us to find our true potential, scripting the most astonishing stories of progress; stories that make the nation proud and the world stand in awe.

Mahatma Gandhi, known as the father of our nation, was extraordinary in all his ordinariness. He had the courage to disconnect himself from the external world and look within for answers. This is how he developed the concept of nonviolence, declaring it the highest manifestation of truth. He would often say, “If someone slaps one side of your face, simply smile and show them the other.” Nonviolence and satyagraha, or insistence on truth, formed the basis for India’s struggle for freedom. Nonviolence eventually succeeded, its ammunition stronger than any tanker, gun, or bomb. Gandhi had the courage to stand up for his ideas, even if it initially meant standing alone.For him progress was simple: “Be the change you wish to see in the world.”

Human progress can sometimes lead to violence and crime. Our religious texts speak of unity and the importance of moral righteousness, yet we often witness crime in our streets. Some years ago, my grandmother, my mother, and I were traveling in a rickshaw to the temple. We were a few meters from the temple when two bikers rode past us very fast, and using a knife, severed my grandma’s gold chain from her neck. They sped away before we could process what had happened. Afterward, I thanked God that my grandmother suffered no cuts or injuries, though her face was ashen with shock. We filed a police complaint but the gold chain was never recovered. The loss she suffered was great, because in India precious jewelry is not limited to material adornment; it holds personal value. I thought from that day on that I must protect my country and my family and fight for justice. But I realized the fight for justice cannot be just a physical one.

Let me be candid about the problems in my country. In New Delhi going out alone after dark can be dangerous for most women. They are afraid their bare legs may attract lecherous glances or they may be approached by drunken men. This is their reality; women are gripped by this fear. There has been an increase in the number of molestations by school teachers on students, and an increase in robberies and other crimes. However, I see a new seriousness in our judiciary. The laws of my country have become stronger and new laws are being instated. I see a new seriousness in my people as well. We have learned what was long overdue: we have learned how to take a stand. I see my country gradually undergoing what I call ‘the revolution of the mind.’

I believe in the sanctity of my culture and our age-old value system. That a handful of our people indulge in immoral acts no way implies that our entire population is sinful or corrupt. We come from the land of Buddha. Though evil sometimes prevails and infects our cultural understandings, we keep reminding ourselves of the immeasurable good that has been the bastion of our country. We will progress with whatever it takes, slowly but steadily, to rise above. It won’t happen immediately but it is a journey we have already embarked upon. We shall reach the pinnacle of progress riding on belief, and when we reach it, we will establish an even higher pinnacle and embark on an even more arduous journey. Progress is not a one-time accomplishment; it is a continuous process of both external and internal exploration. The pinnacle of progress is achieving what I refer to as the revolution of the mind. I want my fellow countrymen to break from stereotypical notions and look at life with a broader perspective. I don’t want social stigma to govern the morality of our actions.

On an individual level, I want to focus my energies towards evolving spiritually and developing a holistic understanding of my emotions. The theory of emotional intelligence is now an emerging field of study and I seek to become more emotionally intelligent. I believe intellect without emotion amounts to nothing. I want to write more. I want to reach out to more people and establish connections with them through my words. I want my words to sing, like a lyrical poetic profusion, and sing not to the minds but to the hearts of people.

Swastika Jajoo is from India. When she wrote this piece, she was 17 and pursuing a degree in English Honors from Lady Shriram College, New Delhi. At the time, she considered poetry to be her window to the world, and writings which address the larger issues in life enthused her the most. She was an ardent baker, and loved playing around with ingredients as much as she loved playing with words.