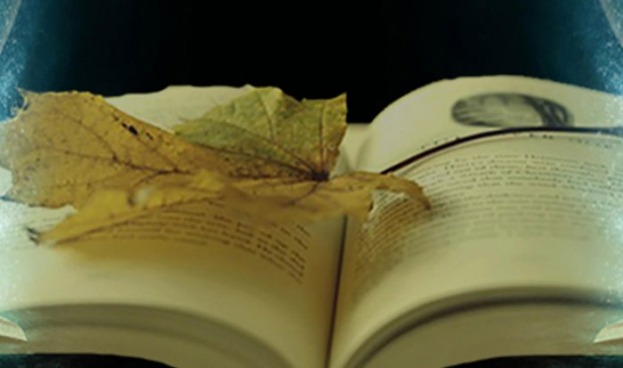 Posted by KidSpirit Online on September 1, 2017

By Marwa Alalawi in the KidSpirit Power issue.

Flickering streetlights streamed into my aunt’s bedroom as she hushed my cries with gentle strokes, tucking me into a sea of white linen.

It was my first time sleeping at her house. My aunt, who had no children at that time, wished to spoil me by having me spend the night.

I don’t remember what nightly hour had crept upon us, or how many times I implored my aunt to drive me back home. I remember that under a roof of dangling celestial lanterns, she recounted the story of Prophet Ayoub (Job) to quiet my nagging. As a Muslim girl from Bahrain, a small island in the Middle East, it wasn’t uncommon for me to grow up hearing the tales of prophets, messengers, and religious followers, as bedtime stories.

Since I was only four years old, it took my aunt just a few seconds to grab my attention. She crafted a vivid image of the riches Allah (God) had given the Prophet Ayoub. Vast lands were filled with crops, cattle, and many children whom he loved dearly.

“A paradise on Earth!” I thought to myself.

But isn’t it when man feels most secure with his possessions that misfortune strikes? One calamity after another befell Prophet Ayoub. A great fire turned his riches to ashes, an earthquake swallowed his children and home, and then a severe illness slowly devoured his body, except for his heart, mind, and tongue, which Allah kept safe for worship.

My aunt recounted how Allah sent adversity to the Prophet Ayoub to test his patience. Though the Prophet, peace and blessings be upon him, encountered misfortune, his faith remained rock solid. For many years, he neither wailed nor complained, but repeated, “What Allah has taken away from me belongs to Him. I was only its trustee for a while. He gives to whom He wills and withholds from whom He wills.”

Once the Almighty heard the Prophet’s prayers, he rewarded his patience with greater riches than before: more land, multiple children, and happiness.

Here, my aunt smiled, and said, “Always remember the patience of Prophet Ayoub.”

Indeed, those words were magic to me. I was amazed at his patience, and embarrassed at myself for wanting my aunt to take me home. The Prophet remained patient throughout illness and poverty, while I was unwilling to spend even one night away from home. From that day on, I did as she told me. Whenever life bombarded me with misfortunes, I remembered the blessed Prophet’s story. His patience gave me the power to carry on, even when the road was long.

Pencils were down, time was up, and I wasn’t done writing my qualifying exam for the Bahraini International Scholarship — the scholarship that would enable me to study in the United States, fully funded, from boarding school to graduate studies. Bitter, I walked outside the exam hall with my pencil and eraser like a person who had just gone bankrupt.

Since childhood, I always wanted to represent my country abroad, wanted to become a global thinker who could contribute to Bahrain’s development. But after stepping outside that exam hall, I was pretty sure I had lost my chance.

I took a deep breath and said to myself, “Remember the patience of Prophet Ayoub.”

Over and over, I reminded myself of his trials — how I was making a mountain out of a molehill compared with what he had to undergo. Every time I repeated “Patience of Ayoub,” streams of relief flowed into my heart. The power of patience was much stronger than my whispers of distress. I was able to resume a normal rhythm of life, concentrating on the future and worrying less about the past. I accepted whatever fate Allah determined for me, because He had already showered me with countless blessings.

Three weeks after the exam, I came back from school prayers to find my mother in the classroom, having driven all the way to school. The scholarship results were out, and I was among the recipients. I never felt happier in my life, not only because of the scholarship, but because I knew that good things come to those who are patient. I was elated because I stood as strong as a rock, taking my power from Prophet Ayoub’s example.

When she wrote this piece, Marwa Alalawi was a Bahraini student at Phillips Academy in Andover, Massachusetts. At the time, she enjoyed illustrating comics, voice acting, learning foreign languages, reading Shakespeare and Medieval literature, and photography. She speaks Arabic, English, a branch of Persian called Holi, and Japanese.