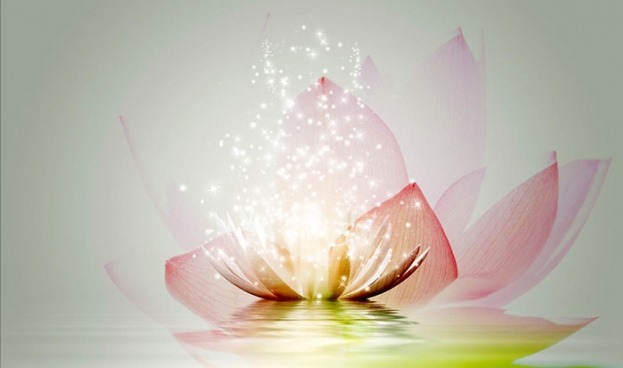 The Basic Intricacies of Kindness and Compassion

Posted by KidSpirit Online on November 16, 2017

By Skyler Sallick in the KidSpirit Simplicity and Complexity issue.

From a young age, I have worked to piece together my unique spiritual beliefs from aspects of my surrounding environment, particularly from my various educational experiences.

I entered my first Montessori classroom at fourteen months old, each chubby roll of my curious body enticed and fascinated with the classroom. Montessori, a non-traditional form of education, centers around enhancing the fundamentals of child development through lessons that focus primarily on the intersection of kindness and compassion with community engagement. When I had not yet graduated from the quintessential Montessori lesson of the “pink tower” (a set of cubes that need to be stacked in size order) and learning the alphabet through tracing sandpaper letters, I thought of respect of others as a simple facet of daily life, something that was part of every decision I made and every interaction I had. Gradually, the curtains closed on my belief that kindness and compassion are uncomplicated; social behavior is more complex than innate qualities and emotions. No longer believing them to be the simple foundations for life as a living being, I walked down the seemingly endless, window-lined hallway of my Montessori school and grew conscious of the intricacies of kindness and compassion in our ever expanding and interconnected world.

My early years immersed in the Montessori curriculum were incredibly formative and introduced me to the concept of caring for others in its purest form. Lessons concerning respect were taught from the onset. Our “works” (classroom activities) were to be kept neat and were to be practiced on cream ribbed mats on our meticulously student-swept terra-cotta tile floor. No matter how you found a project, whether it be a work mat or counting beads, you were expected to return it to its rightful home on the shelf after you finished so it was well-ordered and ready for the next student. Through selfless grace we were well-versed in the simplicity of respect for ourselves and our communities.

As my chubby arms and curly blond ringlets transformed into lanky limbs and pin-straight light brown hair, waiting our turns and setting the class lunch places prepared us to accept adults’ trust and support of our own pursuits. Through our teachers’ examples, kindness and compassion no longer resided within the realm of menial tasks. They now intertwined with our educational individuality. My eight-year-old brain began to conceptualize these inherent characteristics in deeper and more nuanced ways. The ability to focus on independent research and to pursue my own interests, in a way that showed me that my passions and ideas mattered in the eyes of adults, allowed me to recognize the aspects of kindness and compassion that persist within empathy.

Around this same time, my mother introduced me to the world of Tibetan Buddhism. She had brought four monks from the Dalai Lama’s monastery into our home and was touring them around the Northeast on her first Compassionate Mandala Tour. The mandala, a symbol of impermanence in Buddhist philosophy, began to complicate my understanding of the greater world. Being surrounded by the intricacies of sand mandalas, incredibly fragile pieces that take intense concentration and patience to create, shattered my simplistic perception of compassion. I’m not entirely sure where the parallel between impermanence and compassion began in my young mind, but I do know that I soon concluded that each moment and aspect of life was transitory and therefore every interaction and approach needed to be from an angle of goodness and compassionate tolerance. The work of those men in maroon and saffron robes, with their shaved heads and leather sandals, created a new lens through which I viewed the world. No matter where people came from, no matter my familiarity with their cultures or backgrounds, it was my responsibility to grasp and empathize with their philosophies of the world. If I did not agree, no harm was done, as long as I put myself in their shoes and was able to comprehend their perspectives.

At 14 I moved out of my house and was thrown into a bustling and remarkably diverse boarding school community that further expanded my intellectual curiosity and tested the limits of what I knew of the world. I had the opportunity to explore similar ideas, yet on a molecular level. I was mesmerized by the subtle gradation between empathy’s relationship with compassion and how those nuances play into kindness.

Breaking apart empathy — the ability to understand and have compassion for others’ thoughts, opinions, and choices through taking on their perspective — has played a major role in the development of my awareness of the world around me. Originally, I believed empathy to be the be-all and end-all for serving as a productive member of society, but as my understanding intricately expanded, I set about busting open the several facets of this idea. The question at hand shifted from “How do we apply empathy in our daily lives?” to “Is compassion more important than empathy?”

I stepped into this debate one summer in an ice cold classroom in Providence, Rhode Island, with 20-odd students from around the world, concluding deep down that empathy surpassed compassion in its ability to impact cross-cultural understanding on global as well as interpersonal levels. After being assigned to argue on the side of compassion over empathy, I soon realized that the argument does not possess the kind of dichotomy I had previously envisioned. We eventually found it nearly implausible to wrap your brain around someone else’s behaviors and cultures in a way that enables you to place yourself directly in their situation and feel as though they would feel. With that said, empathy is beside the point. Ultimately, the capacity to be compassionate toward other people’s behaviors, cultures, situations, and feelings is what matters, rather than an exact understanding.

At the age of four, I knew kindness to be a hug, or a please and thank you. At the age of 17, I know kindness to be an aspect of life beyond simple comprehension, something so complex yet so primal, something that goes beyond interpersonal relationships and extends into my concept of other cultures and the world. Life is complex and impermanent, much like sand mandalas and much like the realities of kindness and compassion. While they are words often used by young children, a true understanding of their societal implications and the complexity of their influence can never be truly and wholly comprehended, but that does not mean we should not pursue kind and compassionate lives.

When she wrote this piece, Skyler Sallick was in the 12th grade at Phillips Academy in Andover, Massachusetts. At the time, she enjoyed writing, film, fashion, and academics.