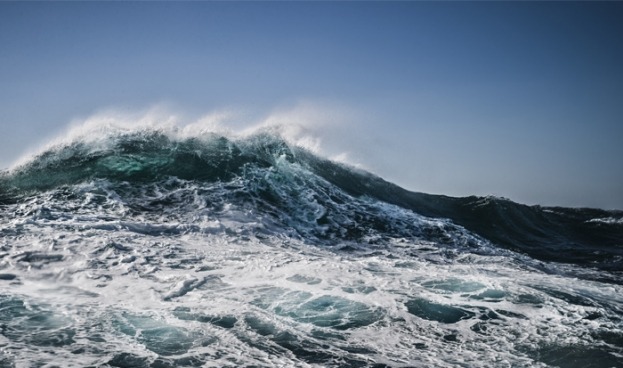 Imagination is Never a Sin

Posted by KidSpirit Online on November 9, 2020

My great-grandmother used to tell me, “Imagination is the true eyes of one’s mindset.” She often claimed, in a matter-of-fact tone, that this was the sole rule she followed in her lifetime. I long questioned this advice. I wondered if imagination truly had a purpose, or if it was a self-indulgent fascination compared to everything that the eyes see.

Ever since I was little, my great-grandmother had emphasized the importance of investigating the Buddhist teachings of the Four Noble Truths, which taught me to question everything until I understand it through my own perspective. So why should we approach everything this way? This was the exact question I got to ask her on her ninety-eighth birthday. “So you have hope,” she told me with a tiny smile on her face. I was still baffled and somehow frustrated by the brief response. Then she told me her story of immigrating from China to this small island of Taiwan; she made me see the important role of imagination and creativity in our quotidian lives.

About a century ago, my great-grandmother came to Taiwan. What was it that made her family pack their bags in a single day and immediately leave Shandong? She simply said, “To move towards hope.” It was the North China famine – which killed thousands of middle- and lower-class civilians. But my great-grandmother never revealed anything about the famine to me. She told me that the two-day boat ride from China to Taiwan was an eye-opener that bestowed her the ability to experience the ceaseless, boundless ocean all at once. Looking at me with sagacious eyes, she described her voyage across the Taiwan Strait. She recalled how the prayers they directed to the Buddhist sea goddess, Mazu, allowed our family to arrive at the Keelung port safely with no casualties. “Mazu protected our family and many other immigrating worshippers from the evils of the sea,” she reminisced. “People, even now, celebrate the benevolence of Mazu, and that is why you can find so many Mazu temples along the coast of Taiwan.”

She then pridefully showed me her diary, and I translated those jouncing cursive characters to English: ‘Heading towards the east, the mountains and rolling hills abruptly rise up and down rhythmically; like playing whack-a-mole, each appearing and disappearing so swiftly that you cannot even fully capture its beauty and awe. As we go further, houses begin to appear. There are only a few easily-spotted buildings and skyscrapers, but most of the island is blanketed with boundless rows of individual houses roofed with similar pearly bricks. Coasted by the rocky sand and lush coconut trees, the whole island that appears to be isolated from the rest of the world…’

Now remembering my great-grandmother’s diary, I yearn to ask her: didn’t your mother and uncle die during the famine? Didn’t over three hundred people die on the crossing of the South China Sea? Didn’t the others suffer from a shortage of food while forced to live in poor conditions surrounded by rats and even corpses of their relatives for the two unbearable days? Why were you able to sound so optimistic in your diary? But all of my questions will forever remain unanswered – my great-grandmother passed away two years ago.

I asked my grandmother these questions, and she, similar to my great-grandmother, looked at me with an ear-to-ear grin and told me there was something unique about my great-grandmother that had been passed down all the way to me. To be honest, I often felt frustrated by how both of my great-grandmother and grandmother were always so cliché in the responses that I sought from them. But as time goes by, I realize that the frustration I felt was shaped by the misunderstandings between us. In fact, I loved them.

Sometimes, I can still see my great-grandmother in my dreams, chatting with me as usual, with a huge beam on her face. Recently, I had a dream where I saw our family celebrating her one-hundredth birthday. All of my cousins and relatives gathered to give her a surprise; yet, when I saw the candles were lit, I was suddenly awakened by the alarm clock next to my bed. That morning, I finally realized the answer to my unanswered questions: imagination. Imagination was the magic word that I was constantly seeking, and imagination was the catalyst that gave my great-grandmother hope during times of hardship. Now contemplating it, my imagination was indeed a gift from my great-grandmother. No wonder my mindset has always been formulating mystical associations whenever something hopped into my eyes. Yes. This was what I was taught since I was young – to imagine.
My extensive, imaginative mind has influenced me from a young age. I vividly remember one farcical incident during kindergarten when I was playing with my friends in the playground. It was recess time, and kids were running like mad dogs on the loose. I sat alone in the dirt pile observing the insects crawling on the floor and my maniac peers scurrying across the playground. For a moment, an absurd idea crossed my mind: perhaps the insects also had their own society, just like we do. Children were the bumblebees, exerting overflowing energy in every circumstance they could find. One moment they were flying in circles, laughing hysterically, and the next moment they would be fighting over a toy, crying as if they lost their loved ones. The teachers, on the other hand, were the queen bees flying on top, overseeing everything under their control. This is just one of the incidents where I found myself particularly interested in something simple; I can stare at an ordinary object for a long period of time and dwell between consciousness and unconsciousness.

Sometimes, however, I wonder whether immersing myself in the deep unconscious world of imagination is blasphemous. As a devout believer in Buddhism, I was often taught to focus upon the practical world of reality, which was contrary to the fanciful world I often conjured in my mind. Am I eating the forbidden fruit, or opening Pandora’s baneful box? My skyrocketing thoughts keep coming down the chute; I wait for another fantasy to ingress.

Imagination, I now believe, is never a sin. This is simply how I view the world and what I do for fun. I now welcome my imagination and accept that I cannot control what is happening in my stream of consciousness.

When he wrote this piece, Po-Ting (Duke) Lin was a high school junior from Taipei, Taiwan who studied at the bilingual side of Taipei Fuhsing Private School. As a student who comprehends both Mandarin and English, Duke yearns to show his Taiwanese identity through the medium of English. Besides literature, he never stops pursuing his dream of becoming a medical biologist in the future.