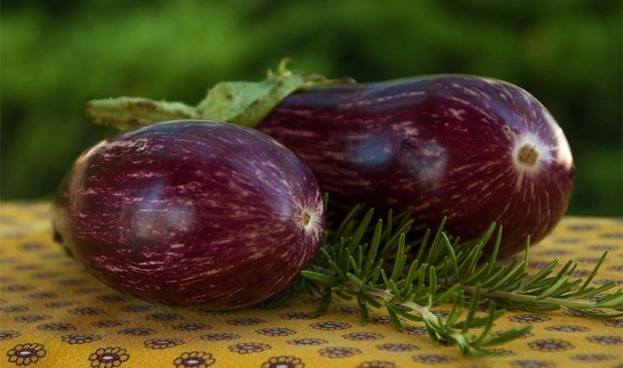 When I started gardening, I wasn't expecting to learn about resilience, hope, and how to fight for democracy. As a graduate student I spent the majority of my time behind a computer screen or with a book in my lap, so when I stumbled upon an abandoned community garden on my campus last spring I jumped at the chance to get outside and dig in the dirt.

There was more than a little work to get the garden up and running. The raised beds were grown over and full of weeds, and the path down to the garden was non-existent. I spent every weekend for a month laying a new path, digging out the weeds, and starting a compost pile. After reading for class, I would research planting and best practices for seed starting. Before I knew it, the garden was ready and I had a season-by-season plan for planting crops. As I sowed the seeds and planted a few starts, I spent my time daydreaming about my garden and all of the fresh food I would have to share with my friends and community members.

However, soon after the first sprouts began reaching past the surface of the soil, they would disappear. As the plant starts I purchased with my limited graduate student budget disappeared, with only a leaf or two left as evidence that they ever existed, I began troubleshooting and through a number of increasingly creative and organic strategies, I was able to salvage a handful of tomato plants.

By mid-summer I had one pepper plant and eight tomatoes that all had green fruit, just waiting to ripen in the hot californian sun. Every day before work I trekked down to the garden to either water or simply check in, when suddenly the carnage began again with a new ferocity. The plants weren’t just damaged: Three-foot-tall tomato plants were completely missing with nothing but a tomato cage and a hole in the ground.

I began constructing cages of chicken wire around my tomatoes, and even went so far as to build an entire fence made up of scrap wood and wire. Yet, the tomatoes continued to disappear. I eventually discovered the guilty party was a particularly tenacious group of ground squirrels who were literally pulling the plants into the ground and out of the garden. I salvaged a handful of green tomatoes, but otherwise my months-long journey with the garden did not produce a single piece of ripe fruit.

I gave up, threw in the towel, and swore off gardening. The squirrels had bested me, and all of my dreams of big community dinners with homegrown vegetables and jars of canned salsa were out the window.

However, late in the summer I was pulled to the garden yet again. Despite having nothing to show for my effort but a few calluses on my hands, I couldn't help but feel that my time in the garden had given me something worth returning to. As I reflected on my time digging in the dirt, I realized just how much the act of battling the squirrels, and caring for plants that I had grown from seed, had given me.

So, late in the summer I gave my garden one more shot. After extended consultation with both google and my father, I eventually constructed an overly convoluted, but squirrel-proof, cage. I purchased a single eggplant start from the locally owned garden center and carefully tended to my lone hope for a ripe garden crop. After weeks of care and worry, I had three full grown eggplants ready for harvest.

Since the end of the summer growing season I’ve spent a lot of time reflecting on my journey with the garden. To say that my experience growing tomatoes was a disappointment would be a massive understatement, but it wasn’t for naught. While a failed community garden plot had altogether low stakes for my life, the lessons that I learned in the garden speak to how we all can learn to think about how we relate to the most difficult seasons of our lives. Trying, dreaming, struggling, failing, and eventually returning with a newfound determination to succeed taught me some valuable lessons. Lessons I’ve learned before, but maybe not felt quite as deeply.

My time in the garden taught me to rethink the way that I think about my food and waste, how much time, energy, and even love can go into one measly undersized tomato, and how much joy sharing a truly homemade eggplant parmesan can bring.

My time in the garden gave me stories of trial and error that brought tears of laughter to the eyes of many of my loved ones. It gave me a new way to connect with my father, over the art of growing your own food (and combatting ground squirrels), that allowed us to go deeper in our conversations about everything.

My time in the garden reminded me of the power of resilience and showed me that even when everything might feel lost there is hope if one only spends a little time to reflect, ask for help, and try, try again.

When I started out in my journey with the garden it was simply an excuse to get away from my computer and out into the world, but in the chaos and frustration of it all I found a much deeper way to connect with the world around me. Fighting for my garden challenged me to rethink how my consumption impacts the planet, how much goes into every piece of food that I consume, how deeply important the cultivation of resilience can be for fighting through what might seem impossible, and just how much laughter and connection a troupe of determined squirrels can bring into my life.

The work — be it working to protect your community garden or fighting to create a democracy that respects the humanity of all its people — is hard and at times it can feel defeating, but it is all we can really do if we ever want to see our world flourish. So I will continue to get back up and head out into the fight both against the ground squirrels and for the rights of all people to dignity.