In his brilliant and troubling 1981 novel A Flag For Sunrise, Robert Stone wrote: "It's the worst thing in the world when people turn you around because you're something else than them." We can remember feeling deep sadness for the chaotic and violent state of affairs depicted in that story about Frank Holliwell, a 40-year old anthropologist sent by a former CIA cohort to Tecan, a Central American Republic where a militaristic dictator ruled with the support of the CIA; this fictional country was modeled after Nicaragua.

In the novel, Holliwell goes on an odyssey which exposes him to an assortment of men and women serving a variety of causes. The Indians of the area are poor, downtrodden, and unhappy. While they suffer, the ruling elite look forward to a new prosperity for themselves via copper mining profits and foreign investments in property for tourist retreats.

Holliwell visits a Catholic mission, a band of revolutionaries in the mountains, and several wheeler dealers capitalizing like bottom feeders on the clashing forces in the vulnerable country. 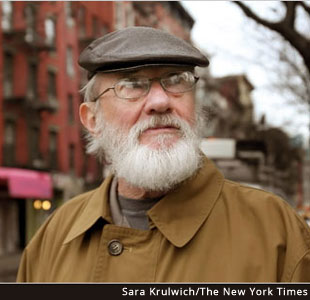 At one point Stone writes of the warriors and the positive thinkers as zealots who are really vampires: "The world paid in blood for their articulate delusions, but it was all right because for a while they felt better." The world is still paying in blood for the visions and beliefs of zealots on all points along the political and economic spectrum.

Robert Stone wrote these words 33 years ago and yet they are right in sync with our times where terrorists and anti-terrorist forces alike are ready to dispense death to people in order to advance their causes.

In an interview with The Paris Review in 1985, Stone said:

"It is literally true that the world is seen by the superpowers as a grid of specific targets. We're all on military maps. There happens to be no actions in those zones at present, but they're there. And then there are the wars we fight with ourselves in our own cities. It is the simple truth that, wherever you are, there is an armed enemy present, not far away."


Robert Stone, truth teller and prophet, died on January 10, 2015, at the age of 77. He won the National Book Award for his second novel Dog Soldiers in 1975 and was a two-time finalist for the Pulitzer Prize. His first novel A Hall of Mirrors was published in 1962 and his last, Death of a Black-Haired Girl, was released in 2013.

Next Post: A Secular Version of the Ten Commandments