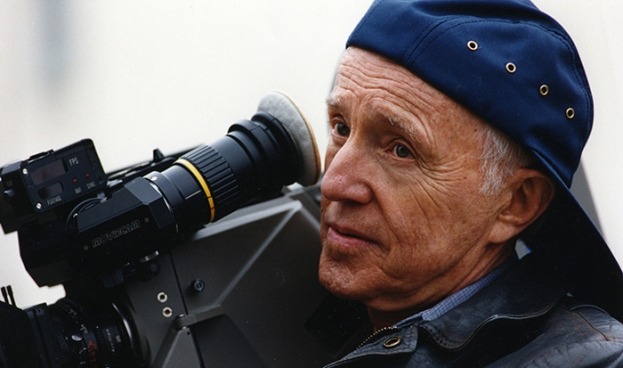 Posted by Frederic Brussat on December 30, 2015

Haskell Wexler (1922-2015), who died peacefully in his sleep on December 27, was a socially conscious cinematographer who believed in art as a means of reflecting human values. On Common Dreams, Abby Zimet notes that he was respected for his craft (he won Oscars for Who's Afraid of Virginia Woolf and the Woody Guthrie biopicture Bound for Glory) but put his heart into "giving his gifts to the revolution by highlighting issues of war, racism, poverty and torture — and accumulating a 500-page FBI file for his trouble."

As a liberal activist, Wexler photographed some of the most timely and poignant films of the 1960s and 1970s, including the Jane Fonda-Jon Voight anti-war classic Coming Home, the Sidney Poitier-Rod Steiger racial drama In the Heat of the Night, and the Oscar-winning adaptation of Ken Kesey's One Flew Over the Cuckoo's Nest.

Many of his most loyal fans heralded Medium Cool, his 1969 movie about the violent Democratic National Convention in Chicago during 1968. Later in his career, Wexler worked on twelve documentary films which enabled him to share with the world his artistry dedicated "to peace and love." We salute this committed artist as an unabashed meaning-maker!