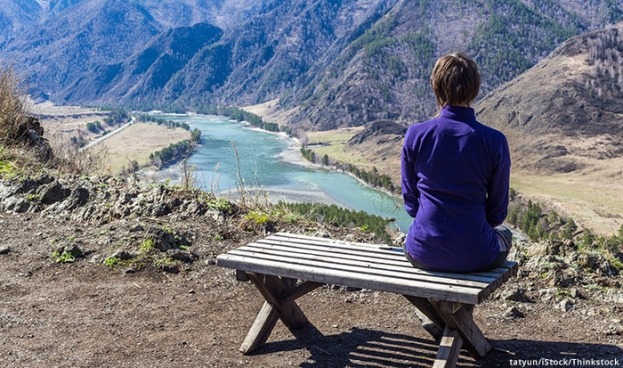 The Patience to Bear Sorrow

In these times, resilience is enjoying a great deal of support from scholars of psychology as a personal quality that enables people to bounce back from trauma and loss. But in an essay on aeon.co, Samira Thomas presents an alternate approach to suffering: patience.

She has worked with Afghan refugees in Canada, Pakistan, and Afghanistan itself; until the Syrian crisis, this country produced more refugees than any other place in the world for 32 years in a row. Thomas points out that the term resilience has its root in the Latin word resilientia, which means "to avoid or recoil." This behavior also carries a connection to strength of will.

The indigenous community of the Haida Gwaii of Canada do not think in terms of decades or even centuries but in terms of 10,000 years. In this extended understanding of time, resilience resembles patience and brings with it the possibility of transformation:

"In patience, a person exists at the edge of becoming. With an abundance of time, people are allowed space to be undefined, neither bending nor broken, but instead, transfigured. And it is an act of courage, because only the unknown lies on the other side of the threshold of events we seek to overcome."

On March 20, 2014, four Taliban entered a hotel in Kabul and shot Thomas' mother. In the days and weeks following this nightmare, she turned to the poetry of the Sufi mystic Hafiz as a part of her grieving process. For example, in "Heaven Is Jealous," he writes:

"And there are gods who would trade their lives
To have a heart that can know human pain,
Because our sufferings will allow us to become
Greater than any world or deity."

She finds in his poetry a soul mate for her exploration of patience which is a spiritual practice that gives meaning to both death and human transformation.

In "Practicing Patience," we affirm this under-valued virtue as a spiritual resource that can be used to tolerate delays, to let events unfold in their own time, to refuse to force changes in others, and to recognize that we are not in control of the future or our own destiny. Patience demands that we act in humility and let "the Big Picture" animate our ethical actions in this world of injustice, misery, and manifold mysteries.

To explore patience as a spiritual practice, we recommend: