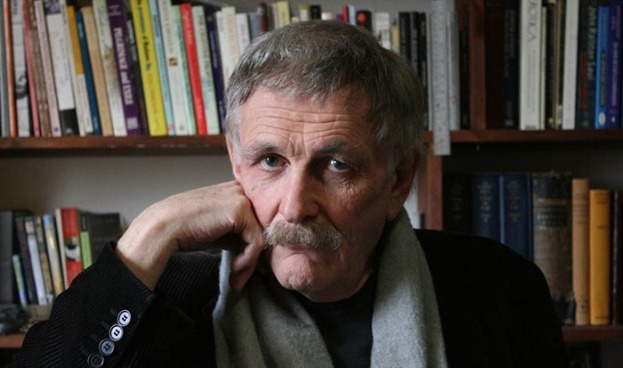 Paul Cox, one of Australia's finest and most sensitive film directors, died recently of liver cancer at the age of 76. He was often described as the father of independent cinema in Australia. Cox was born in 1940 in Holland but settled down in Melbourne during the 1960s.

Critic Roger Ebert called him "One of the Best Directors of Our Time," and we agree. His pensive dramas showed us ordinary people struggling with the large and unruly intangibles of love, loss, grief, sexuality, and imagination. In all of Cox's films and documentaries, there is a spiritual undertow that reflects his respect for the little movements of the soul in yearning, creativity, and memory.

We have three favorite Cox films. Lonely Hearts (1982) is an endearing tale about how love comes in its own sweet time to a piano tuner and an actress in an amateur acting troupe. Man of Flowers (1984) continues Cox's exploration of the soulscape of loneliness with an exotic portrait of a wealthy aesthete who has an obsession with an artist's model. This psychodrama challenges us to reflect upon our own brand of sexual politics. A Woman's Tale (1991) is a brave, bold, and life-affirming drama about what Cicero called our play's last act. Sheila Florance gives a tour de force performance as an octogenarian whose dying is filled with care, compassion, and fierce dignity.

Cox has bequeathed to us three other emotionally literate dramas about love and loss. Cactus (1986) is a wonder-drenched film about a love affair between a blind man and a French woman considering an eye operation. Once again, we see how this serious film-maker compels us to honor the ample mysteries of the human personality as it expresses the ache of love as warmth against the wayward chilly winds that blow into our lives.

My First Wife (1984) presents a wrenching account of loss through the story of a composer whose wife of ten years walks out on him. The drama forcefully depicts his emotional turmoil as he flounders from disbelief to jealousy, anger, revenge, and despair. Here birds in flight and trains in transit effectively convey this husband's inner angst.

Innocence (2000) charts the tender romance between two elderly individuals who remind us that each stage of life has its own kind of love. As Madeleine L'Engle has reminded us: "The great thing about getting older is that you don't lose all the other ages you've been." After watching this unusual film, you'll know what she means.

Other films of note directed by Paul Cox are three documentaries: Vincent (1987) based on the letters of Van Gogh to his brother, Nijinsky: The Diaries of Vaslav Nijinsky (2001) which swirls around the Russian ballet master and his madness, and The Dinner Party (2012) offering those who have had organ transplants an opportunity to talk about their experiences.

Golden Braid (1990) is based on a Guy de Maupassant story about a man obsessed with the hair of a woman. Molokai (1999) is a religious drama about the life and service of Father Damien, the Belgian missionary who worked with lepers in Hawaii.

Cox's most recent feature Force of Destiny (2015) is a love story revolving around a man and a woman who are both waiting for an organ transplant. It is fitting that even in his own catastrophic encounter with liver cancer, this pensive filmmaker found ways of sharing what he learned about this deadly disease.

We hope this brief survey of Paul Cox's remarkable cinematic legacy will inspire you to see these films. It is not often that a filmmaker comes along who so poignantly captures the aches and the triumphs of the soul.