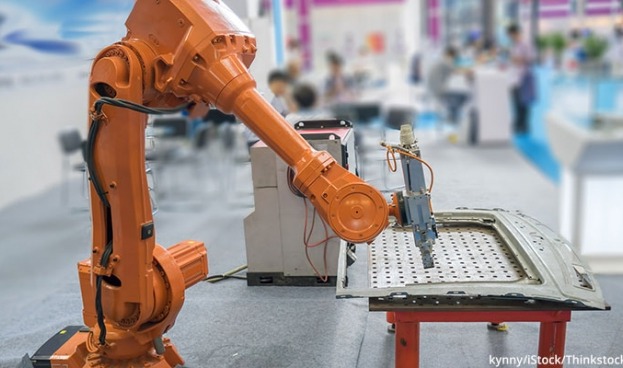 Robots Are Taking Over

We are entering a brave new era as robots are getting very good at handling a wide range of tasks that have historically been the domain of paid workers. Some experts have figured out that half of current jobs are in danger of being replaced. As a larger supply of workers competes for fewer jobs, wages will diminish and even dry up completely. "With less need for human labor and judgment," venture capitalist Vinod Khosla predicts, "labor will be devalued relative to capital and even more so relative to ideas and machine learning technology."

In an enlightening article on NationalInterest.org, Lee Drutman and Yascha Mounk point out that this evolution in work and economics will benefit the rich and the powerful, the same people who control political responses to it. This puts even more pressure on the declining middle class.

What are some of the jobs that analysts see will be taken over by robots? Restaurant chains are already buying robots to prepare food; retail chains are turning over the stocking of shelves to robots; trucking fleets are in the process of making their fleets autonomous; and taxi services are shifting to self-driving cars.

Even high-skill jobs are subject to changes. Law firms are turning to software for tasks such as document review which was once the responsibility of paralegals. Many universities are exploring new technologies to deliver lectures and handle grading of students' work.

So far very little has been said by politicians about the brave new era of robots and the inequalities that come with this revolution. Donald Trump argues that government is the problem, and Hillary Clinton hasn't addressed these issues and has no discernable forward looking responses to the challenges presented by the rise of robots. The world already is experiencing an unprecedented gap between the rich and the poor. This will be aggravated by the automation revolution.