By Andrew Harvey, Mark Matousek
The role and purpose of the spiritual practice of vision.

"Andrew Harvey: True, but allowing visionary ecstasy to swamp active love is a mystical vice. Visions are a means but not the end; the end is the kind of passionate, energetic life we see in the lives of the great mystics such as Teresa of Avila. No one could have had more visions than she did. She was, however, a very practical woman. When the visions happened to her, she opened to them completely, absorbed them, meditated on them. But she didn't sit about having her soul pierced by the divine fire. She walked the length and breadth of Spain founding nunneries and fighting the Church.

"I love Teresa for her exasperation with her own visionary faculties. There's a story about her telling the nuns that if she began to levitate during Mass, they should grab hold of her so she wouldn't fly off.

"After having her vision of Christ in a train, another Teresa, Mother Teresa of Calcutta, didn’t stay in that state; she used it to fire fifty years of charity working with the poor in Calcutta. Visions are given as inspiration to work both on ourselves and for the Beloved. We remember St. Francis not just as the person who received the stigmata and talked to birds, but as the person who founded the Franciscan order and lived a life exemplary for its sanity, passion and purity. His visionary life gave him extra stamina. Visions, when they are authentic, give an uncanny strength in daily life. The Sufis say that the highest state of all is an external sobriety coupled with an inner overwhelmedness. . . .

"A real vision happens in a realm beyond anything that the imagination can produce. A vision has much greater intensity than a dream, for example, and seems to take place in complete lucidity. The hallmarks of vision are inescapability and clarity. One of the mystic's tasks is to stop the imagination from conscripting the vision or coloring it in any way. Fidelity to the vision is crucial and frightening: otherwise you are in danger of losing its reality.” 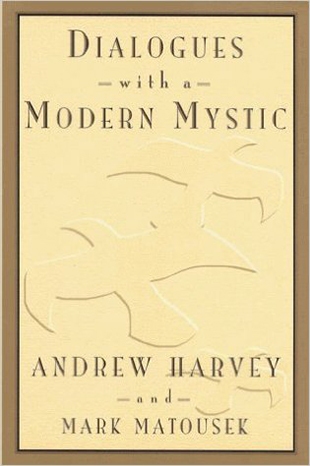