The Importance of Being Foolish How to Think Like Jesus

By Brennan Manning
A challenge to live like Jesus instead of succumbing to the standards of the world.

"One night in New York City I was standing outside the Schubert Theater during the play's intermission. The tuxedoed gentlemen were in an intense discussion with the evening-gowned ladies on the influence of Schopenhauer on Samuel Beckett's Theatre of the Absurd. I was about to deliver a timeless observation that would have precluded further discussion on the subject for at least a hundred years when an old woman peddling Variety newspapers approached. She was wearing sneakers and a cab driver's hat. I thrust a coin into her hand and snatched the paper. 'Could I talk with you for a minute, Father?" she implored.

"In those days I always wore the clerical collar. I knew I could not distinguish myself by my virtues, but I could by my clothing. I wore the Roman collar while taking a shower and placed it under my pajamas while I slept.

"As I turned around to my friends who were breathlessly awaiting my finale riposte, I heard the old woman say, 'Jesus wouldn't have talked to Mary Magdalene like that.' She disappeared down the street.

"The magnitude of what had happened hit me inside the theater. I had been so preoccupied with my own status that I treated the woman like a vending machine. I put a coin in her hand and out popped a magazine. I had shown no appreciation for the service she performed, no interest in her life, and an appalling lack of regard for her personal dignity. Preoccupation with my self-importance coupled with a failure to treat her with cordial love impregnated with respect for the sacredness of her unique personality only exacerbated her sense of worthlessness and further damaged her self-esteem." 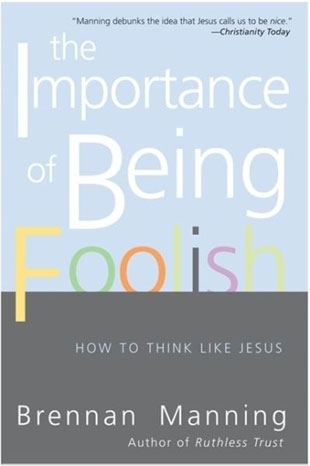