"The man who has become a thinking being feels a compulsion to give to every will-to-live the same reverence for life that he gives to his own. He experiences that other life in his own. He accepts as being good: to preserve life, to promote life, to raise to its highest value life which is capable of development; and as being evil: to destroy life, to injure life, to repress life which is capable of development. This is the absolute, fundamental principle of the moral, and it is a necessity of thought.

"The great fault of all ethics hitherto has been that they believed themselves to have to deal only with the relations of man to man. In reality, however, the question is what is his attitude to the world and all life that comes within his reach. A man is ethical only when life, as such, is sacred to him, that of plants and animals as that of his fellow-men, and when he devotes himself helpfully to all life that is in need of help. Only the universal ethic of the feeling of responsibility in an ever-widening sphere for all that lives — only that ethic can be founded in thought. The ethic of the relation of man to man is not something apart by itself: it is only a particular relation which results from the universal one.

"The ethic of Reverence for Life, therefore, comprehends within itself everything that can be described as love, devotion, and sympathy whether in suffering, joy, or effort.

"The world, however, offers us the horrible drama of will-to-live divided against itself. One existence holds its own at the cost of another: one destroys another. Only in the thinking man has the will-to-live become conscious of other will-to-live, and desirous of solidarity with it. This solidarity, however, he cannot completely bring about, because man is subject to the puzzling and horrible law of being obliged to live at the cost of other life, and to incur again and again the guilt of destroying and injuring life. But as an ethical being he strives to escape whenever possible from this necessity, and as one who has become enlightened and merciful to put a stop to this disunion (Selbstentzweiung) of the will-to-live so far as the influence of his own existence reaches. He thirsts to be permitted to preserve his humanity and to be able to bring to other existences release from their sufferings." 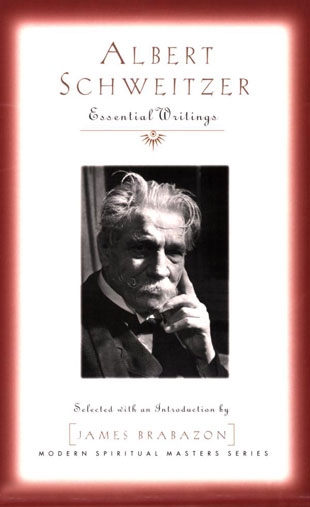