"For us Lent is a transformative journey in time from Ash Wednesday to Easter Sunday. For Mark, 'Lent' was a transformative journey in space from Caesarea Philippi to Jerusalem. During that journey, in Mark's story, Jesus tried to prepare his disciples for what would happen to him when he demonstrated against Roman imperial power concerning its violence and against Jewish high-priestly authority concerning its injustice. Also, and even more important, Jesus attempted to prepare them for their individual and communal participation in that death and resurrection, that end-as-beginning. But, as we shall see, Peter, James, and John, then the Twelve as a group, and finally Judas all fail tragically but not irrevocably (except for Judas) to accept their destiny alongside Jesus.

"We emphasize and cannot emphasize enough one point about this very, very prominent theme in Mark. His story of failed discipleship is his warning gift to all who ever hear or read his narrative. We must think of Lent today as a penitential season because we know that, like those first disciples, we would like to avoid the implications of this journey with Jesus. We would like its Holy Week conclusion to be about the interior rather than the exterior life, about heaven rather than earth, about the future rather than the present, and above all else, about religion safety and securely quarantined from politics. Confronting violent political power and unjust religious collaboration is dangerous in most times and most places, first century and twenty-first century alike." 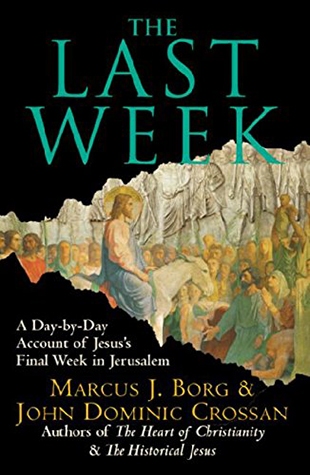