"Human beings need to bow down before the One who meets us through the other creatures, and confess:

"We do not know how to live on this planet without killing other humans in order to protect ourselves from violence and harm. We do not know how to live on the earth without destroying other creatures, often mercilessly, for our own use — to eat, enjoy, or stay safe from whatever harm or disease we fear they may bring us. It may be that the human species is not far enough evolved to know how to live safely and peaceably on this planet with all of creation, human and other. Or perhaps such a notion reflects an unrealistic and unwarranted fantasy about where we humans are headed and what may become of us.

"May the day come on earth when Christians and people of other spiritual traditions will realize that what Christians have called the Incarnation was not the birth of the Sacred simply in Jesus of Nazareth and the religious tradition generated in his memory. May we see on that day that God is, and always has been, really present throughout the whole created universe, including this planet and its many, varied species, including humans. May we see that, just as God has many human faces and not just one, so too does She/He have the faces and bodies of many creatures, not only humans. May we see that we humans and other creatures 'god' (verb) together.

"In the meantime, may we find and keep our balance between an ever-deepening respect for human beings — ourselves and others — and what, for many of us, is a more recently cultivated respect for other creatures as they are in themselves, not simply as we can use them for food or pleasure. There's no question in my mind that, for reasons of both morality and health, most humans in the so-called 'developed' world should eat less meat, and in many cases none at all. Of course such questions of morality and health, which are always connected, vary in shape and size from culture to culture. The questions I am raising here about food and sport among affluent, urban citizens of the United States, Britain, and other Western nations cannot be simply 'translated' into ethical questions for people in other parts of the world.

"However, while ethical questions about what food to eat, and how to raise and harvest food, vary significantly from place to place, the same cultural variance cannot apply to matters of animal cruelty or earth devastation. Certainly, the differences among religions and customs require careful and respectful acknowledgment, and attempts to transform practices of morality and health, in these and other matters, need to be home-grown insofar as possible. But in the end, it is simply the case that we humans, whoever and wherever we are, share a moral obligation and opportunity to do something on behalf of the well-being of other humans and of our animal and earth partners. Cruelty, wherever it occurs, is never right or permissible among those who are striving to live in God, the Sacred Spirit of mutuality."

Elephant God, forgive us.
Holy mountain, shelter us.
Sister spirit stream, carry us on.
Tiny sparrow, sing to us
your favourite hymn.
Pelican brother Jesus,
cover us with your wings.
Bid us goodnight
and raise us in the morning
in your christic power
to recreate the world.
Amen. 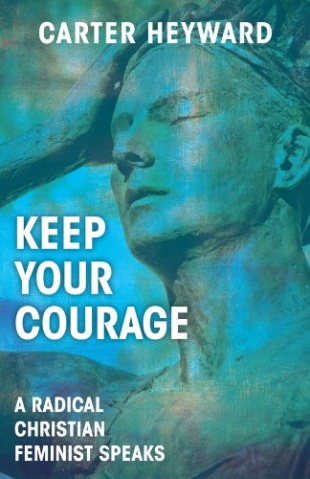