"Let it be said at the outset that in all traditional religions the human body is considered sacred. This is true not only of the primal religions or a religion such as Hinduism but also of the Abrahamic ones, despite the eclipse of this aspect of religion in many of the mainstream circles of Western Christianity during the past few centuries and its relegation to occultist circles associated with such figures as Mme. Blavatsky and Alice Bailey. In the Bible it is stated 'Our bodies are the temple of the Holy Spirit which is in us' (I Cor. 6:19). And in the Quran God says, 'I breathe into him [Adam] My Spirit' (28:72). The body is thus the locus of the presence of the Spirit, and by virtue of that presence it is as sacred as a temple.

"The body has also been compared to a city belonging to God and is therefore His domain; although given to us and made obedient to our will, the body is ultimately responsible to God. Furthermore, we are also responsible to God for its preservation and well-being. In any case, the sacredness of the human body, with its correspondences to the macrocosm and even its metacosmic significance, symbolically speaking, is so evident in the various religions of the world that it hardly needs to be debated or demonstrated. It is sufficient to view the sacred architecture of places as different as Luxor and Chartres, all related to the body of what the Sufis call the Universal Man, to realize the universality of the doctrine of the sacredness of the body of the prophet and avatar and by extension of all human beings, a doctrine that still survives to a large extent in many parts of the world. . . .

"Finally, the rediscovery of the wisdom of the body and its assertion as authentic knowledge is the key to the reestablishment of the correct rapport with the world of nature and the rediscovery of its sacred quality. As long as we consider the body as a mere machine, it is not possible to take seriously the religious understanding of the order of nature nor to live in harmony with it. To rediscover the body as the theater of Divine Presence and manifestation of Divine Wisdom as well as an aspect of reality that is at once an intimate part of our being and a part of the natural order is to reestablish a bridge between ourselves and the world of nature beyond the merely physical and utilitarian. To rediscover the body as the abode of the Spirit, worthy of Resurrection before the Lord, and intimate companion in the soul's journey in this world, sacred in itself and in the life which permeates it, is to rediscover at the same time the sacredness of nature. It is to reestablish our link with the plants and animals, with the streams, mountains, and the stars. It is to experience the presence of the Spirit in the physical dimension of our existence as well as in the world of nature to which we are linked both physically and spiritually, through our bodies as well as our souls and the Spirit which is reflected in both our bodies as the temples of God and the world of nature as the theater of theophanies and mirror of Divine Creativity." 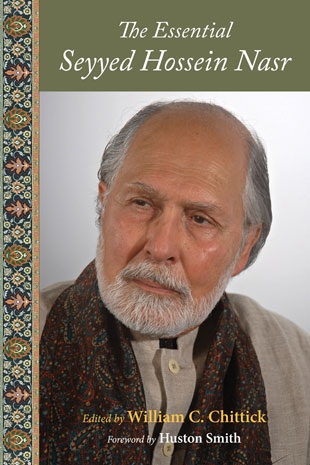