Saints As They Really Are Voices of Holiness in Our Time

By Michael Plekon
Michael Plekton on the damage done in the name of the Christian church.

"Sometimes the damage done in the name of the church, obedience, or the rules of a religious community was perpetrated with seemingly the best of intentions. The treatment novice and student sisters received in Karen Armstrong's memoir of her time in religious life comes to mind. Superiors and other leaders were in their own minds striving to be faithful, to follow all the rules themselves as well as make sure you and I follow them just as carefully. Novices and perhaps the laity were simply assumed to be weak, compromised, incapable of acting with discernment on their own. Looking back, it is striking how the name of God or Christ never was mentioned in ecclesiastical enforcement, just 'the rule' or the will of the superior or the need to be obedient.

"Let's not kid ourselves. Anyone who has spent time in the church and even more so in ordained ministry knows that the definition of the church as sinners seeking forgiveness, the sick in need of a healer, are very neutral descriptions indeed. There are sadists as well as masochists there. There are power mongers and control freaks, those who get their kicks from the fear and even misery of others. Should anyone be scandalized or shocked by this? Then just page around in either the Hebrew Bible or the New Testament. Paul even names the perpetrators in local churches — the ones who sow division, who tyrannize the rest of the community. The historical books contain a sorry parade of failed monarchs and false prophets. It is not a question of which religious movement or wing you belong to for Jesus. He praises the good will and actions of those outside the house of Israel and celebrates their kindness and boldness. The Samaritan woman, known in the Eastern Church as Photini, the one who brings light, I imagine to have been quite an eyeful, given her string of spouses and lovers. Yet Jesus not only asks her for a drink, but his encounter with her is one of the longest in the entirety of the Gospels.

"He invites himself to dinner at the house of a seemingly corrupt tax collector, allows women of questionable virtue to wash his feet, tells followers to feed themselves, and heals despite the Sabbath bans. And when the first-century equivalent of canon lawyers and chancery officials challenge him on all this deviant behavior he throws the scriptures back at them. With the exception of one Sabbath service at home in Nazareth, nothing else in the Gospels takes place inside a house of worship and that which does — teaching in the Temple precincts — could not be more provocative. To defy the ecclesiastical establishment was as threatening as opposing the state, perhaps more so. Over the centuries no matter what part of Christianity they come from, East or West, Reformation, Catholic, or Orthodox, scholars and preachers cannot help but see that most of Jesus's public ministry takes place far from the religious establishment, actually in consistent opposition to it, and in the company of both religious and social misfits and marginals. Jesus is almost never in church, yet most of us cannot get ourselves out of the building! Likewise, so many of the parables invert the usual religious and social perspectives — lepers and corrupt officials, prostitutes and heretics force their way into the kingdom. There is no respect for the powerful and the pious.

"Later on Francis of Assisi strips off and tosses his clothes back at his wealthy father and the local church leaders. Sergius of Radonezh continued to use wooden liturgical vessels, threadbare vestments, and a monastic habit fit for a beggar. He likewise refused demands that he assume the leadership of the church. Mother Teresa — it is captured on tape — forced workmen to remove carpets and soft chairs destined for a house of her sisters of charity, loudly berating them for trying to pamper them. Dorothy Day calmly refused tax-exempt status and elegantly stepped up into police wagons both in Union Square and in the California growing fields in which she was arrested for nonviolent protest.

"For all the destructive activity done in the name of religion by people of some religious standing, I want to say that there is also an equally long procession of women and men who spoke and stood against what was wrong, and they continue to do so fearlessly, boldly. No consideration of holiness or the search for God can really proceed without confronting this side of religion. It has many different faces and appears in diverse situations. The very writers whose voices we listen to are themselves witnesses to religion's damaging potential while at the same time showing us that such destructive activity can be opposed and overcome. There is only light and truth in God. Yet the fundamental expression or 'Word' makes clear that both darkness and lies remain around us." 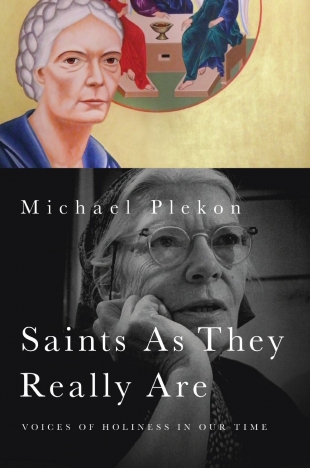