The Art of Pilgrimage The Seeker's Guide to Making Travel Sacred

"My rituals for travel preparation include a ceremonial meal before leaving and a ritual phone call to one of my esteemed elders. Before departing for Paris in 1987, I called Professor Campbell to wish him well with his work on his Historical Atlas of World Mythology and to simply evoke what was for both of us our favorite city. His voice took on a shimmer of delight as we talked about his years in Paris in the late 1920s, his friendship with Sylvia Beach, his discovery of modern art. His hearty bon voyage felt like a blessing.

"On the eve of my departure for the Philippines in 1981, I rang up a friend who had been stationed there during the Vietnam War. Before my 1993 Amazon adventure, Robert A. Johnson, who first made me promise to be careful and take care of myself, then told me a marvelous parable about a dangerous journey he once took on a fourth-class train across India. In his own way, Robert was giving me the nod of approval that there are young men's journeys and old men's journeys.

"Each of these conversations helped me focus on the upcoming journey and lent each of them a pleasant weight. For me, they acknowledged the ancient belief that I would not be alone on my travels if I had the blessing of an elder." 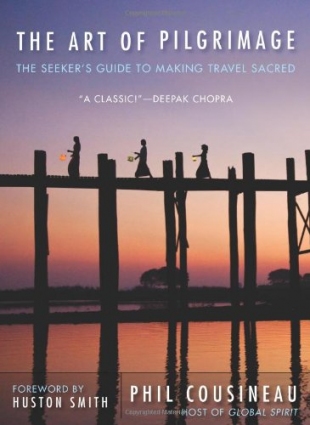