Rediscovering Reverence The Meaning of Faith in a Secular World

"A conviction that past, present, and future are and should be united in the present proceeds from an ability to see and value the connectedness of things, one of the virtues of reverence. That's one of the reasons many traditional societies give so much reverence to elders and to dead ancestors: because the past is still alive in the present, and the present — as German philosopher G.W. Leibniz (1646-1716), put it — is already 'pregnant' with the future. 'The organism is never located in a single instant,' said another German philosopher, Ernst Cassirer (1874-1945). 'In its life the three modes of time — the past, the present and the future — form a whole which cannot be split up into individual elements.' In fact, for some thinkers, this sense of the unity of time is the very essence of reverence. Alfred North Whitehead (1861-1947), a British mathematician and philosopher, argued that 'the foundation of reverence is this perception that the present holds within itself the complete sum of existence, backwards and forwards, that whole amplitude of time, which is eternity.'

"The fact that we can no longer spontaneously name this half of our human reality, and therefore cannot talk about it, does not mean it has fled from our world. That would be impossible, since we go on living in a world in which we are both connected and free, both one and many, both individuals and parts of a larger whole. Our modern sensibility has blinded us to it, and largely silenced us about it. But the world hasn't changed. And neither have we. So we go on living and cherishing the virtues of reverence without being aware of it. Some of the highest values held by people in the West today — values like compassion or honesty — are actually virtues of reverence. But we don't recognize these virtues for what they are, and are hence unable consciously to cultivate them, as such.

"In our modern world, the hunger for reverence sometimes expresses itself in surprising ways. Starved for other ways to express itself, reverence re-emerges in new forms that can risk flipping over into a caricature of the real thing. The rock concert, the mosh pit, and the rave, for example, are all expressions of a hungry search for connectedness and ritual that are not satisfied in other ways. So are big media events like the Olympics, the World Cup, Princess Diana's funeral, or a natural or human disaster that rivets millions to their TV screens for weeks on end. In all of these forms of activity, isolated citizens of Western countries seek to be gathered into the kind of communal, ritualized experience that our societies, on the whole, no longer afford. Sometimes this unsatisfied hunger goes beyond caricature to express itself in radically evil forms, as in the Nuremberg rallies of Nazi Germany in the 1930s.

"As the American classical scholar, Paul Woodruff (b. 1943), remarks, what modern societies have lost is not reverence itself, but rather the idea of reverence. That is to say, we go on practising the virtues of reverence, and craving the feelings associated with them. We could not do otherwise, because they furnish one half of a humanity we cannot shed. But our public language, the language of self-assertion, excludes any reference to the connecting thread that runs through them: the idea, or concept — or reality — of reverence itself." 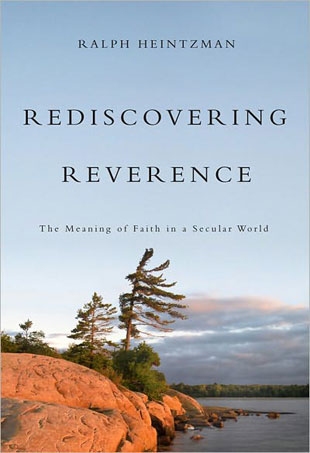