A Sense of Wonder The World's Best Writers on the Sacred, the Profane, and the Ordinary

"Long after my home had burned down, and I had begun going four times a year to my monastery up the coast, long after I'd constructed a more or less unplugged life in Japan – figuring that a journalist could write about the news best by not following its every convulsion, and writing from the chapel and not the madness of Times Square – I found a Christian retreat-house in my own hometown. Sometimes, when I had an hour free in the day, or was running from errand to errand, I drove up into the silent hills and parked there, and just sat for a few minutes in its garden. Encircled by flowers. In a slice of light next to a statue of the Virgin.

"Instantly, everything was okay. I had more reassurance than I would ever need. I was thinking of something more than an 'I' I could never entirely respect.

"Later, I opened the heavy doors and walked into the chapel, again when no one was there. It sat next to a sunlit courtyard overlooking the dry hills and far-off blue ocean of what could have been a space in Andalusia. A heavy bell spoke of the church's private sense of time. A row of blond-wood chairs was gathered in a circle. I knelt and closed my eyes and thought of the candle flickering in one corner of the chapel I loved in the monastery up the coast.

"When I had to go to Sri Lanka, in the midst of its civil war, I went to the chapel to be still; to gather my resources and protection, as it were. I went there when I was forcibly evacuated from the house that my family had rebuilt after our earlier structure had burned down, and our new home was surrounded by wild flames driven by seventy-mile-per-hour winds. In the very same week, my monastery in Big Sur was also encircled by fire.

"I went there even when I was halfway across the world, because I had reconstituted the chapel in my head, my heart; it was where I went to be held by something profound. Then another wildfire struck up, and a newspaper editor called me in Japan: my retreat-house near my home was gone.

"Where does one go when one's chapel is reduced to ash? Perhaps it is the first and main question before us all. There are still chapels everywhere. And I go to them. But like the best of teachers or friends, they always have the gift of making themselves immaterial, invisible – even, perhaps, immortal. I sit in Nara, the capital of Japan twelve centuries ago, and I see a candle flickering. I feel the light descending from a skylight in the rotunda roof. I hear a fountain in the courtyard. I close my eyes and sit very still, by the side of my bed, and sense the chapel take shape around me.

"If your silence is deep enough, bells toll all the way through it."

Pico Iyer is the author of many books, including The Open Road: The Global Journey of the Fourteenth Dalai Lama. 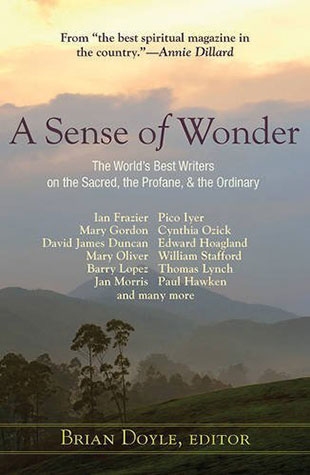