By Kate Hennessy
Dorothy Day's views on conscience, pacifism, and the sacrifices needed by those practicing nonviolence.

"Young men had asked Dorothy again and again, 'Do you think my father is guilty of mortal sin because he was in the army?' Now, during the Vietnam years, they asked, 'Do you believe I will be in a state of mortal sin if I join the army?'

"If he truly thinks he is striving for the common good, he must follow his conscience, she replied. It is the teaching of the Church. But he has the duty of forming his conscience through study and listening to others' point of view. This is something no one else can tell you the answers for, and if you are not convinced as a pacifist, then it is far better to go ahead and enroll in the army.

"Dorothy gave no easy answers for young men faced with the war. The paradox of obedience is that it cannot be asked of someone else; it can only be voluntarily given by oneself, and if your informed and educated conscience puts you in a state of obedience, then good, and if it puts you in a state of disobedience, then also good, but you must be ready to take the consequences. And, she added, you must follow your conscience even if it is wrong or ill-informed conscience.

"Dorothy also said, 'It is a hard thing to be a pacifist when men are showing such great courage and have endured so much in the armies.' Nonviolence is not as colorful and heroic as the life of a soldier, and the conscientious objector is often despised while the soldier is not. To speak out might mean losing your job or being treated with contempt or being jailed, beaten, or killed. It's a hard thing to set yourself against your church leaders, your political leaders, or your fellow man. Dorothy had now witnessed three wars in which she saw the suffering of men who refused to fight. Again and again she saw young men go to jail for acts of conscience and come out broken, or even die in prison.

" 'The pacifist has to think in terms of a great sacrifice in order to match the heroism, very often, of soldiers,' she wrote. 'We're not questioning the motives or bravery of soldiers. We've got to endure as much as they endure. We have to make the sacrifices they make, and as Gandhi said, "It is far better to fight then do nothing." '

"As the war dragged on, more people in the peace movement turned to violence. In response Dorothy likes to quote Che Guevara: 'At the risk of seeming ridiculous, let me say that the true revolutionary is guided by great feelings of love.' She also said, 'I am convinced that prayer and austerity, prayer and self-sacrifice, prayer and fasting, prayer and vigils, prayer and marches, are the indispensable means. . . . And love.'

"There probably weren't many people, especially among the young, who wished to hear of prayer as a means of effecting social change, but prayer gave Dorothy strength and helped calm her fears. You can't help but feel fearful, she said, but fear is the greatest danger. It can be handled through prayer and community, to not be alone, for people alone are bound in fear. She was uncomfortable with the anger in many of the antiwar demonstrations and the inflammatory slogans and profanity. And she felt tired after decades of trying to explain her positions and her beliefs on pacifism, even to those closest to her. Once in a while her tiredness and impatience would break through. When she was asked, 'Are you opposed to all war including the war on poverty?' she snapped, 'Yes,' and the next day she woke up feeling she was getting old." 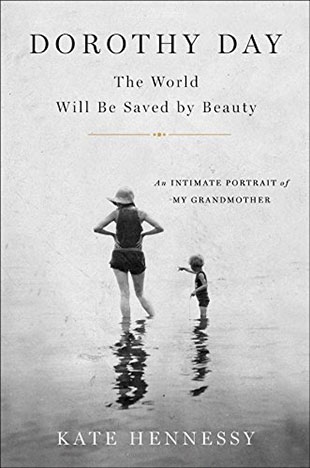