How to Heal Our Divides A Practical Guide

“When you study bias, you have to learn about brain science. You discover that our brains are very efficient, meaning that they don’t want to waste energy in their quest to keep us alive. And in order to conserve energy, they develop certain shortcuts that happen so fast we aren’t even conscious of them. Authoritarian leaders learn how to manipulate us for their advantage by these mental shortcuts.

“Another shortcut that our brains employ could be called complementarity bias. If you like me, if you flatter me, if you make me feel good, my brain says, 'Ahhhh. I can use some encouragement from a friendly person.' So I relax and welcome what you say. But if you challenge me, if you appear angry with me, if you don’t seem to agree with me and like me, my brain gets nervous. It says, 'This person is going to upset you, and that will take a lot of energy, so I’m just going to give you a bad feeling about them so you won’t let yourself be bothered with them.'

“Let me mention one more, community bias. Our brains know that we depend on our belonging groups for security. So our brains monitor our behavior to be sure that we don’t get into too much trouble with our belonging groups. If we were to get kicked out, our lives would grow complicated, which would take a lot of energy and threaten our well-being. So our brains monitor our behavior, including what we say and even what we think, and if we are about to think or say something that would get us in trouble with our belonging group, the brain says, 'That’s a bad idea. Don’t think that. It could get you in trouble.' It gives us a bad feeling about that thought so that we will not need to go find a new belonging group.

“Put those three biases together — confirmation, complementarity, and community — and then add ten more equally powerful biases, and you can see why we human tend to flock with birds of a feather who confirm what we already think, who make us feel good about us and nervous about them, and who value division as a marker of in-group identity. Because of our biases, attempts to bring people over to 'our side' often have the opposite effect: hardening both us and them in our postures of mutual hostility, so that eventually, we humans typically hardly know who we are until we know who we are against.

“Sexism, racism, classism, ableism, regionalism, religious bigotry, partisanship, and many other -isms flow from this common feature of human thinking.

“In large part, that’s why we become so persistently polarized, and that’s why our divisions can intensify to the point of mutual fear, hatred, and hellish violence.” 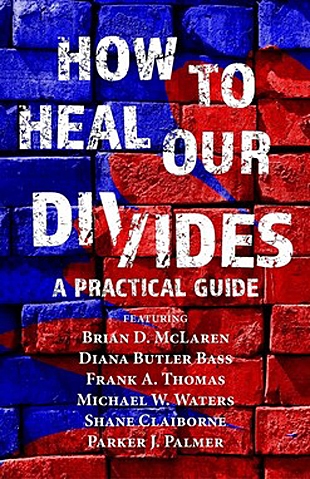