Unsolaced Along the Way to All That Is

By Gretel Ehrlich
Spiritual lessons from the ice-adapted people of Greenland.

"In those days before the climate heated up, the ice came in [to Greenland] in mid-September and for nine months it was possible to travel and hunt on the frozen sea. By Midsummer Night, the white floor of the world quickly disappeared, and bright all-day, all-night light shone down. By October 24, the sky goes dark and the sun doesn't reappear until late February. In March the spring hunt for food urgently resumes.

"In Greenland there is no ownership of land. What you own is your house, your dogs, your sleds and kayaks. Everyone is fed. It is a food-sharing society in which the whole population is kept in mind -- the widows, elderly, infirm, and ill are always taken care of. Jens said, 'We weren't born to buy and sell, but to be out on the ice with our families.'

"Ice-adapted people have everything to teach us: they have a survivor's toolbox of self-discipline, patience, and precision. They understand transience, chance, and change. Adaptation for them is a daily flexing of mind and muscle. Animal-human transformations and spirits are the norm. Utterly practical, conscientious, observant, clever, and wise, Jens and his extended family knew that the individual mattered less than the group, that the animals understood what humans said, that there are consequences for every human action. They had survived for five thousand years at high latitudes by depending on the group's hunting together, helping one another, and sharing food. Jens's wife, Ilaitsuk, said, 'We all have our differences. We just keep ours inside.' " 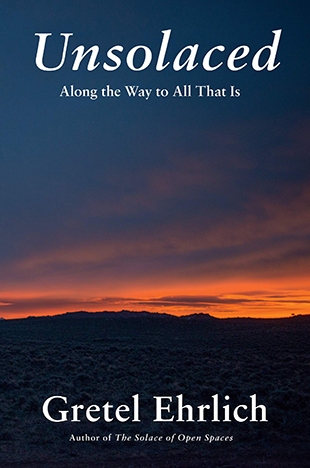