By Jamal Rahman
A blooming garden of devotional treasures from Rumi, Mullah Nasruddin, and various other Sufi seers.

Jamal Rahman is a Muslim Sufi, currently co-minister at Interfaith Community Church and director of Sacred Psychology School and adjunct faculty at Seattle University. In this blooming garden of devotional treasures, he has gathered wisdom from the Prophet Muhammad, Rumi, the Mullah Nasruddin, and various other Sufi seers. The end result is a brief but totally satisfying glimpse into the enlightened heart of Islam. Rahman has a deep respect for the wisdom of spiritual teachers in his life including his parents and his grandfather. His mother passed on to him a fondness for the teaching stories of Mullah Nasruddin who, similar to the Native American trickster, is a figure who entertains us and edifies us at the same time.

Here's one of the author's favorite stories:

" 'I am getting sick and tired of this lousy cheese sandwich,' complained the Mullah repeatedly. His co-workers gave him some advice: 'Mullah, you don't have to suffer through a cheese sandwich over and over again. Tell you wife to make you something different. Be firm with her if you have to.'

The flavor of the material is foreshadowed in the list of the most important teachings from the Qur'an compiled by Rahman's parents: Always be grateful. Do the real work. Do this work with compassion and mercy for yourself. Remember that at your core, you are infused with the breath of God. Be flexible. Meditate on your death.

These ideals are touched on in the many quotations in this paperback. The author also explains the three principles of Islam (surrender, faith, and moral virtue) and the five pillars of Islam (profession of faith, prayer, almsgiving, fasting, and pilgrimage). There are many helpful spiritual practices as well. Here's one:

"Grandfather rejoiced in a practice in which he asked his students to add a word of endearment to their names and to make a lifelong habit of using that affectionate term with their names whenever talking to themselves. The truth is that we talk to ourselves very often and a lot of the talk is negative. Become aware of this internal conversation. Make it a practice to relate to yourself with affection and compassion."

One of our projects is learning how to become more patient. This story about that challenge really hit the mark with its realism:

"Two beggars knocked on the door asking for bread. One beggar was given a loaf and sent away. The other was kept waiting and waiting. At length, the second beggar became concerned. 'Why am I being denied? What is lacking in me that the other one was favored over me?' he asked himself. Unknown to the beggar, a fresh loaf was being baked for him inside the house."

How many times have we missed the wonder of what was really going on because of our impatience! The Fragrance of Faith is a devotional treasure that can be read again and again. 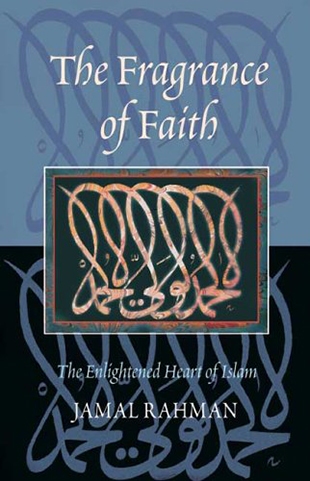