The Rumi Collection An Anthology of Translations of Mevlana Jalaluddin Rumi

By Camille Helminski, Jelaluddin Rumi, Kabir Helminski
A treasure trove of spiritual gems that will delight avid Rumi fans and extend his audience even more among the uninitiated.

According to editor Kabir Helminski, translated works of the thirteenth century Sufi poet Rumi have outsold all other poets in America during the past two decades. In addition, he has been read by many people not previously interested in either poetry or spiritual writing. Why? Helminski points to Rumi's "universal voice calling us beyond the concerns of conventional religiosity and limiting beliefs," his mystical eroticism, his ecstatic vision, and his enduring belief that human beings are beloved of God.

The origin of the word "translation," according to Webster's dictionary, is a term that means to move a saint's body or relics from one place to another. Helminski concludes, "The translation of Mevlana's words is the carrying of that sainthood into our time and culture." The editor includes translations of Rumi's poetry by himself with Camille Helminski, Coleman Barks, Robert Bly, Nevit Orguz Ergin, Andrew Harvey, Daniel Liebert, John Moyne, Peter Lamborn Wilson, and others.

Helminski divides this anthology into 18 chapters, each beginning with an excerpt from Rumi's prose. In one of these passages the poet writes: "Your awe and love are the rope to catch My gift: beneath every 'O Lord' of yours is many a 'Here am I' from Me." This is a treasure trove of spiritual gems that will delight avid Rumi fans and extend his audience even more among the uninitiated. 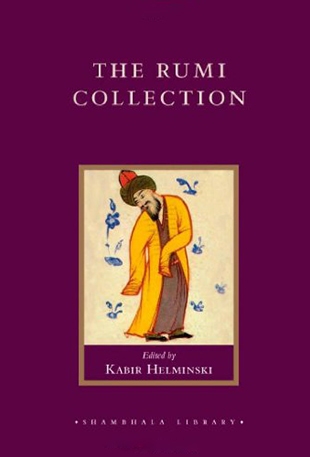